Concert Tickets For Eagles Tour 2013 "History Of The Eagles Live In Concert " Available Now at Doremitickets.com

The Eagles have announced the initial concerts for the iconic band's "History of the Eagles" tour 2013. Tickets on Sale Now at Doremitickets.com 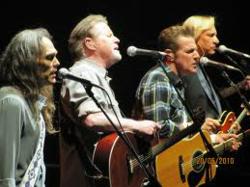 The Eagles are still a major talent: charismatic, creative, electrifying.

The Eagles tour 2013 which kicks off on July 6 in at The KFC Yum! Center, Louisville, KY Louisville, Kentucky with 11 concerts scheduled through July 25. In celebration of the release of the band's documentary, History of the Eagles.

The Eagles have sold more than 120 million albums worldwide, earning five No. 1 U.S. singles and six GRAMMY® Awards. Their Greatest Hits 1971-1975 is the best-selling album of all time, exceeding sales of 29 million units. The band's Hotel California and Their Greatest Hits Volume 2 have sold more than 16 and 11 million albums respectively. The Eagles were inducted into the Rock & Roll Hall of Fame in 1998.

Doremitickets.com Your #1 Source for The Eagles Tour 2013 Concert Tickets Dates, Money Back Guarantee. Doremitickets.com is a retail website founded in 2009. Since launching in 2009, our website has helped connect thousands of live entertainment fans to the vast network of ticket brokers that list tickets on the doremitickets® Online Exchange. These professional ticket brokers offer more than 7.5 Million event tickets on our exchange every day.