Lynne Curry, Ph.D., SPHR (CEO of The Growth Company, Inc.) has over thirty years of HR management experience and has dealt with many privacy issues within the workplace. Today, Dr. Curry reveals an intense answer to a client regarding privacy rights and Facebook. 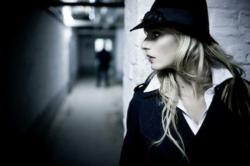 It could happen to you

What? Wasn't she writing on her own time, own equipment and didn't she have the right to free speech?

Lynne Curry, Ph.D., SPHR (CEO of The Growth Company, Inc.) has over thirty years of HR management experience and has dealt with many privacy issues within the workplace. Today, Dr. Curry reveals an intense answer to a client regarding privacy rights and Facebook.

Dr. Curry was confronted by a client, “I didn't realize my supervisor had linked to my Facebook profile. She made up an assumed name and profile and friended me. This came to light last Friday when I got fired. During the meeting I said how I'd always loyally supported her and she said, ‘What about when you said ...?’ I said I never said that. She quoted from my personal Facebook page where I'd said she was a world class witch. Isn't that illegal stalking? What happened to free speech? And to what you do on your own time is none of your employer's business? Can you recommend a good attorney?”

Dr. Curry’s first response, “Good attorneys don't like bad cases. Instead of focusing on suing, learn so you don't wind up in this fix again. When you publicly gripe and your employer sees it, free speech costs.”

When Amy McCleanathan wrote, ‘I'd like to get fired, pretty please ...’ on her Facebook account, Amy's employer canned her – legally, as reported by Claire Gordon, January 29, 2013 on jobs.aol.com.

Dr. Curry being sarcastic- “What? Wasn't she writing on her own time, own equipment and didn't she have the right to free speech?”

Employees who complain on the public forum Facebook don't have protected speech. Employers have the right to say, “We don't like what you've said and don't want to keep paying someone who acts out like this."

“Further, the National Labor Relations Act, which protects both unionized and nonunionized employees who band together to protest poor working conditions, only extends to employees talking with other employees in "protected concerted activity" and not to employees venting,” adds Dr. Curry.

Dr. Curry includes, “To qualify for NLRA protection, your comments would need to focus on wages, working conditions or job performance and be directed to or on behalf of fellow employees who respond to you, rather than your own individual complaint.”

Adds Dr. Curry, “Although the National Labor Relations Board (NLRB) challenged many Facebook and social media terminations in 2012, the federal Court of Appeals for the D.C. Circuit recently invalidated President Obama's 2012 appointments to the NLRB because he made them when the Senate was in recess. As a result, prior NLRB decisions on behalf of employees protesting terminations may not hold.”

Further, states attorney Eric Meyer, Partner in the Labor & Employment Group at Dilworth Paxson LLP, "while the NLRB has announced its intention to conduct business as usual pending a definitive ruling on the constitutionality of President Obama's recess appointments, don't count on the NLRB watering down 'protected concerted activity' to afford protection to an individual griper."

A loophole in Facebook's privacy settings makes Facebook stalking hard to track or stop. Although Facebook tries to crack down on pseudonyms, its organizers admit that more than 83 million fake accounts exist, as reported by Dave Thier on August 2, 2012 on Forbes.com.

“Meanwhile,” adds Dr. Curry, “reflect on your role in this. You vented publicly. You can never shovel back into your mouth words voiced to another or on social media. You also did what many do and too loosely accepted friend requests.”
Finally, Dr. Curry asks, “do you want to work for a supervisor who spies on you? Occasionally, being fired can be a blessing.”