The Lonely Levite follows the story of Levi, the last man alive who must set out into the empty world to look for a wife, and the future of mankind. 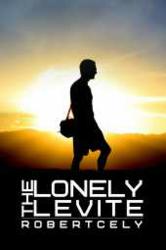 Bard and Book Publishing has released the Sci-Fi thriller "The Lonely Levite" from author Robert Cely. Long ago mankind created a giant supercomputer called The Matron to look over and care for mankind. Due to her programming the population was allowed to dwindle until only one man alone remained, Levi. In order to save the future of mankind, Levi and the Matron begin to search for a wife. But a strange and powerful dream begins to sow doubt in Levi. Perhaps The Matron doesn't know what is best for mankind after all. But if she doesn't guide man, who will?

The Lonely Levite is available for download at Smashwords and also on Amazon.com for the Kindle.