While businesses across the country have been closing their doors in the face of a sluggish economy, one company in California is not only open for business, but also expanding. The Sofa Company was established in 1998 by three UC Berkeley college friends and has been quickly rising to the top of the Los Angeles furniture industry over the last decade. 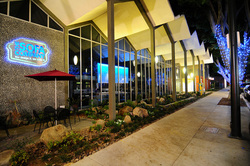 While businesses across the country have been closing their doors in the face of a sluggish economy, one company in California is not only open for business, but also expanding.

This is newsworthy enough, given the problems on Wall Street and Main Street. But what really makes it unusual is that the business makes sofas. And as anyone in the furniture business will tell you, sales are down sharply across the country in the furniture industry.

Bucking this trend, The Sofa Company (thesofaco.com) started expanding just as the economy began to slow down. They had purchased a rundown, historic shell in Pasadena, California at the end of 2007. By the time permitting was completed and restoration begun, the economy had entered into its tailspin just in time for The Sofa Company's showroom to have its grand opening at the end of 2008.

"The City of Pasadena has very strict requirements in this part of the city and giving the historic building a facelift required a lot of careful planning to meet the city's requirements while making the location fit our needs as a showroom," said Nick Ostroff, co-owner of The Sofa Company. "Of course, we wanted to maintain the facade of the building, which was designed in the mid 1960's by famed architect, Wayne R. Williams."

Williams and his partner Whitney Smith brought their modernist designs to Green Street in 1965, designing what was then the Friend Paper Company. The mid-century Modernist design featured walls of glass with the characteristic accordion-pleated roof that still graces the building today.

The task of integrating the old with the new fell to architect Peter DeMaria and Christian Kienapfel of DeMaria Design Associates, which is also known for its innovative use of shipping containers to create living spaces. Their groundbreaking work in green design greatly influenced the remodel of the Green Street property. While staying true to the design of the exterior, the interior received an eco-friendly makeover, with bamboo flooring and energy saving fluorescent lighting.

The design was executed so faithfully to the original concept for the site that The Sofa Company's new showroom was designated a historic building by the City of Pasadena.

The Green Street location is the third for the 11-year-old company, which also maintains a showroom in Santa Monica and its headquarters and factory in Los Angeles. A new showroom in downtown LA is also in the initial planning stages.

"We seem to be the only company in town who's decided the time is right for expansion," said Ostroff with a laugh. "But sales continue to be brisk in our niche of allowing our customers to design their own sofas, choose from among thousands of fabrics and colors, and decide how they want it accessorized, right down to the type of legs."

About The Sofa Company
Founded by three college friends - Jim Hwang, Peter Lien and Nick Ostroff - The Sofa Company opened for business in 1998 as a furniture clearance center for a sofa factory. Today, the company employs 30 employees in its headquarters and factory, as well as sales staff in its Pasadena and Santa Monica showrooms. Their "You design it, we build it" motto describes their niche in the furniture market perfectly: manufacturing custom sofas that are designed by the customer as well as offering stock models in a variety of styles and colors.