Eastern Regional's ticket prices have been falling. Whiztix.com assists users in finding the lowest priced tickets on the net. 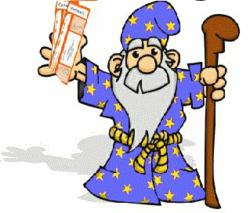 College basketball fans in the Washington D.C. will reap the benefits of Maryland’s second round upset of the then No. 2 ranked Duke Blue Devils in more ways than one. Entering the ACC tournament, Duke was all but assured the number one seed in the East Region to be played at the Verizon Center in D.C. With a strong Duke presence along the east coast, ticket prices for Sweet 16 and Elite sessions for the East Region were soaring.

Once the Blue Devils fell to Maryland in their tournament opener, they fell from the one-line to a two seed and ticket prices for the East Region quickly fell. Great deals can be found for the Sweet 16 and Elite 8 in D.C. at Whiztix.com.

Just seven years ago, the George Mason Patriots, an 11 seed, shocked the world when they knocked off Connecticut at the Verizon Center to send themselves to the Final Four. The hometown Cinderella story ignited the D.C. area over the course of the weekend, concluding with a packed house for the Sunday afternoon overtime thriller with the Huskies.

Looking at the East Region there are a few interesting storylines that could be played out at the Verizon Center. Miami (27-6, 15-3 ACC) the two seed, became the first team ever to win the ACC regular season title as well as the tournament crown, and then not receive a one seed. The Hurricanes, led by stand out point guard Shane Larkin, should most likely advance to the second weekend with the chance of meeting the 1st seeded Indiana Hoosiers for a spot in the Final Four.

Perennial Cinderella Butler enters as the six seed in the East. Brad Stevens club failed to win the Horizon tournament this year but finished 26-8 and have wins over both Indiana and Gonzaga. Butler faces Patriot League champion Bucknell (11) in the opening round at Rupp Arena in Lexington, Kentucky. The Bison are another mid-major that experts have highlighted as a team capable of making a run to the second weekend.

Other teams that could appear in the Sweet 16/Elite 8 rounds in Washington D.C. include Marquette (3), Syracuse (4), UNLV (5) and Illinois (7). The Verizon Center has played host to numerous classic games including Mason’s incredible ’06 upset of UConn. Belmont nearly stunned Duke as a two seed back in ’08 in the opening around before the Blue Devils escaped with a 71-70 win.

The East Regional Semi-Finals and Finals will be held on March 28 and 30 respectively. Tickets are still available for incredibly low prices at Whiztix.com. When the nation’s capital hosted the first two rounds in the 2011 tournament, tickets were being bought for an average price of $250. Whiztix.com lists ticket prices for individual rounds at as low as $130. In the listings, “Session 1” is for the Sweet 16 round to be played Thursday night. Tickets are for both regional semi-final games that are played that night. “Session 2” listings are for the Regional Final to be played Saturday. Many tickets for both sessions can also be found for under $300 at Whiztix.com.

Matt Lawrence is a sophomore at Penn State University and a writing intern at Whiztix.com. Whiztix.com supplies fans with the easiest and most efficient way of comparing ticket prices on the net. They offer tickets for all sporting events, concerts, and Broadway shows.