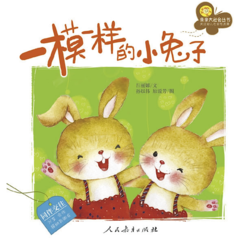 New eBook from PEP and Trajectory

Being a leading children’s text book publisher in China, we also offer a large variety of story and activity books to young readers in China. We are pleased to have this opportunity working with Trajectory, said Mr. Yin Zhongmin, President of PEP.

This set of seven eBooks depicts a colorful fairytale world that is home to various kinds of young animals. Some of the characters are clumsy and some are simple and honest. Others are smart and some quite naughty. All together, they are a group of nice and naive kids experiencing life in their own way of growing up. Within the seven eBooks are nineteen interesting and instructive fairy tales. The illustrations are moving and poetic with a wonderful artistic appeal. Lv Lina who is known in China for stories themed with a focus on children’s development is the highly respected author.

Published for the first time digitally, Close to the Great Society Book Series incorporates Lina’s intellectual and passionate style. Her fairy tales shine a light on poetic wisdom, human nature, and gentle limpid purity. The illustrations are by Sun Yiwei and Yuan Ruifang. Their fresh and interesting forms of expression provide vivid pictures full of images that hold a child’s interest and convey elements of the rich contemporary Chinese culture.

Features and applications of the eBook include:

“Being a leading children’s text book publisher in China, we also offer a large variety of story and activity books to young readers in China. We are pleased to have this opportunity working with Trajectory to introduce our award-winning books to the children around the world in ebook format. ” said Mr. Yin Zhongmin, President of PEP, “The world is flat. We look forward to sharing and exchanging quality books and diverse culture among the young readers worldwide.”

Jim Bryant, Trajectory CEO said, ”Through our partnership with PEP, children from all over the world will become engaged and inspired with these wonderful original Chinese contemporary children’s books. Our hope is that this becomes a bridge leading to an even better understanding and friendship between the people of China and young readers around the world.”

About PEP
The People's Education Press is a press under the direct leadership of the Ministry of Education of the People's Republic of China. It mainly engages in research, writing, compilation, publication, distribution, and import and export of school textbooks and other educational books. PEP was established on December 1st, 1950. The Chinese name of PEP was inscribed by Chairman Mao Zedong. In 2012, The People’s Education Press changed its name into The People’s Education Ltd. After more than 60 years of development, PEP has become the publication standard for primary and secondary school textbooks in China. PEP has over the years become a leader in the fields of scientific research, human resources, and marketing. It has witnessed developments in Chinese primary and secondary school education and has helped maintain its position as an educational publishing leader by implementing primary and secondary school education reform in China. PEP has grown to be an international publishing house well known throughout the world.

New eBook from PEP and TrajectoryClose to the Great Society