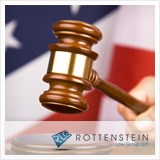 Bellwether trials can set the trend for how similar future cases will transpire.

“The scheduling of these Bard trials means those who believe they have been injured by their transvaginal mesh implants are that much closer to the possibility of being made whole again,” said Rochelle Rottenstein, principal of the Rottenstein Law Group, which represents transvaginal mesh patients nationally. “Bellwether trials can set the trend for how similar future cases will transpire.”

In addition to the Bard MDL (In re: C.R. Bard, Inc., Pelvic Repair Systems Products Liability Litigation, U.S. District Court for the Southern District of West Virginia, MDL No. 2187), there are four other MDLs for transvaginal mesh products before Judge Joseph R. Goodwin in the Southern District of West Virginia: American Medical Systems (MDL-2325), Boston Scientific Corp. (MDL-2326), Ethicon (MDL-2327) and Coloplast (MDL-2387). The Bard Avaulta MDL selection was made on March 7, according to court records.

Since 2011, the U.S. Food and Drug Administration has received reports of problems associated with transvaginal mesh used to treat pelvic organ prolapse and stress urinary incontinence. Serious complications associated with the use of transvaginal mesh are not rare, according to the FDA.* Some serious side effects include bleeding, urinary problems, pain and infection.

In February 2013 the nation’s first trial involving Ethicon’s transvaginal mesh resulted in a jury award of more than $11 million to plaintiff Linda Gross in compensatory and punitive damages.** There are more than 4,000 trials pending across the country, according to Bloomberg, including more than 2,000 in New Jersey.

About THE ROTTENSTEIN LAW GROUP
The Rottenstein Law Group is a New York-based firm that represents clients nationwide in mass tort actions. The firm was founded by Rochelle Rottenstein, who has more than two decades of experience as a lawyer, to represent clients hurt by defective medical devices and drugs. (Attorney advertising. Prior results do not guarantee a similar outcome.)