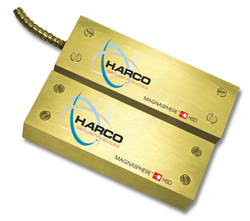 How can you trust a security system built around the exploitable balanced magnetic switch contact?

In the 1970's, once it was discovered how easy it was for an intruder to disable or defeat a common household door and window security system sensor with a magnet, the U.S. Government demanded a more effective countermeasure to protect its highest classified areas. These devices, better known as balanced magnetic switch (BMS) contacts, have become the common device used to detect doorway breaches in high security facilities. However, a vulnerability in the way a BMS contact operates undermines its ability to effectively act as a security system's first line of defense, compromising the integrity of the entire intrusion detection system.

"BMS contacts are not secure, and can be easily defeated. These switches can be bypassed by electrical, magnetic, or mechanical tampering, and should not be relied upon for any measure of security, especially against attack from within an organization," said investigative attorney and security specialist, Marc Weber Tobias. "If your facility employs BMS contacts you should explore the new Magnasphere HSD high security sensor which provides more security against covert attacks."

Security experts agree that the most devastating threats to corporate and government security in the future may come from employees who were deemed trusted insiders. Armed with a simple magnet, an intruder or trusted employee can disable BMS contacts so they can enter secured areas undetected at a later time. "At the heart of every security system lies trust; trust that the system is going to work when you really need it," said Rick Kirschman, CEO of Magnasphere. "How can you trust a security system built around the exploitable balanced magnetic switch contact?"