Coast 2 Coast Mixtapes Presents the “Money On My Mind” Music Video by V.A.I.N. 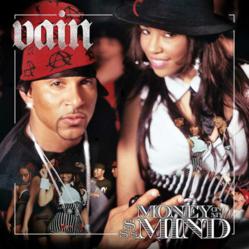 “What I desire to accomplish through my music is to educate, inspire as well as entertain. I think I write from the heart first and then the mind," says V.A.I.N.

Coast 2 Coast Mixtapes announce the release of the “Money On My Mind” music video by hip-hop artist V.A.I.N. The video is now available for view on YouTube. The single features production by Miami VIP and the G Boiz.

V.A.I.N. (Verbal Assault Is Nasty) hails from New York City. He became interested in music at a young age as his parents were both members of bands in the 80’s. Inspired by his mother to perform rap songs at family functions, he grew confidence and began to hone his talent. After high school, V.A.I.N. decided to focus full time pursuing on his music career and after his father passed away in 2004 he got even more serious.

Inspired heavily by hip-hop music of the late 80’s and 90’s, V.A.I.N. admires artists such as NAS, Mobb Deep, Nature, and A Tribe Called Quest. As a versatile artist, he continually develops his sound by listening to diverse records and pushing the envelope as an innovative writer and poet.

To date, V.A.I.N has opened for many artists including Lloyd, 2 Chainz, DMX, Fabolous, Foxy
Brown, Korupt and the Clipse. He has also worked with some of hip-hop’s most sought after
producers including Teflon, P.F. Cuttin, Terrence Dudley, Jelly Roll and Fingers. He has 2,000 commercial radio spins which include “Good Lovin” featuring Slim formerly of 112 featuring Fabolous and Ryan Leslie and “Show Off” featuring Jim Jones. V.A.I.N. has also performed at several universities and toured with Wu-Tang’s The Gza on the Liquid Swords Tour.

“Money On My Mind” has been featured on the infamous Sub Zero Street DVD and top hip-hop blogs and websites. Keep up with all V.A.I.N. updates by following him on Twitter.