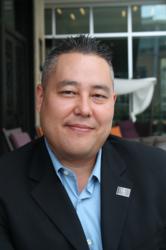 "Staring from the ground up, I developed understanding and appreciation for what each and every employee must know" said Latner.

Latner has been with Valencia Group for more than 10 years, starting as a valet parking attendant at Hotel Valencia Riverwalk in San Antonio and rising through the ranks all the way up to his new position as general manager of Valencia Group’s newest property, Lone Star Court, http://www.lonestarcourt.com.

After earning a bachelor’s degree from University of Texas and a master’s degree in business communications from Monmouth University in New Jersey, Latner got a job as a valet parking attendant at Hotel Valencia Riverwalk in San Antonio just as it was opening in 2003. He was quickly promoted to a bellman position, where he was mentored by hotel staff to develop management skills, serving in the front office, housekeeping, food and beverage, and sales.

“Starting from the ground up, I developed understanding and appreciation for what each and every employee must know,” said Latner. “It was an opportunity to learn, grow, and prove myself.”

Lone Star Court will be the flagship of a new hotel concept created by Valencia Group, a Houston-based company known for its luxury independent Hotel Valencias in San Antonio and San Jose, and Hotel Sorella CITYCENTRE in Houston. A 21st century re-interpretation of the nostalgic motor court, the concept will eventually be expressed through additional properties by Valencia Group across the country.

About Valencia Group
Houston-based Valencia Group provides management, development, branding and repositioning services for independent, full-service boutique hotels owned by the company, in addition to third parties. Recognized both nationally and internationally for their exceptional service and style, Valencia Group hotels fuse a crisp, globally-inspired modern design aesthetic with warm Mediterranean influences. Valencia Group continues to forge a niche with anchor hotels in mixed-use environments where the right balance of residential, restaurant, retail and office coalesce to create full-spectrum accretive value in sought-after urban settings. Signature properties such as Hotel Valencia Santana Row in San Jose, CA, Hotel Sorella CITYCENTRE in Houston, TX and Hotel Valencia Riverwalk in San Antonio, TX have become destinations and gathering places within their respective communities, some further benefitting from and enriching their location within the cultural heart of a city. All three of these hotels have earned coveted spots on the Condé Nast Traveler Gold List for 2013. 2013 marks a year of substantial growth for the company with the second Sorella—Hotel Sorella Country Club Plaza—slated for a fall opening in Kansas City, MO and the launch of a new concept—Lone Star Court, a 21st Century reinterpretation of the nostalgic motor court. Lone Star Court will premier in early 2013 with an Austin flagship in the Domain. For more information, please visit http://www.valenciagroup.com.