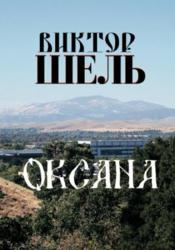 For younger generations, this book tells about the true causes of Jewish emigration from the country during the second half of the 20th century and about the life of Soviet people that time

In “Oksana” (published by Trafford Publishing), the 2007 novel by Viktor Shel, four ordinary people in the Soviet Union gradually come to see the Soviet system as intrinsically depraved. Upon having this realization, they immigrate to the United States and begin their struggle for success in a new life.

“Oksana” takes readers into one family’s story, delving into two generations of their history. Oksana, a daughter of dispossessed peasants, falls in love with Leonid, the son of a Jewish family that evacuated from Ukraine, and the two create a family together. Together, they lose faith in the justice of the Soviet system after encountering the typical problems of the Soviet Union. After Leonid’s death, Oksana and her son, Roland, decide to escape communism, immigrating to the United States to start a new life – a risky move that brings its own unique challenges and hardships.

Shel says that it is important for people today to understand the history of immigration from Russia, but he stresses that many of the historical themes in “Oksana” are still relevant.

“The question of emigration is even today an important concern for people in Russia,” says Shel. “For younger generations, this book tells about the true causes of Jewish emigration from the country during the second half of the 20th century and about the life of Soviet people that time.”

About the Author
Viktor Shel has been writing stories about the life of immigrants from the Soviet Union living in Russia and the United States since 1997. In addition to “Oksana,” he is the author of “Milk River,” “Levushka” and “The Sharp Fangs of Sheep.” Shel lives and writes in Dublin, Calif.