The stunning popularity of "Fifty Shades of Grey," "Bared to You" and other titles have readers looking forward to a new book "Vindicating Vicky." 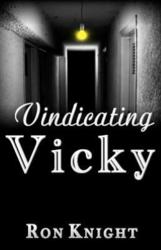 It is anticipated that “Vindicating Vicky” will prove itself to be just as popular and provocative as these other novels.

James' “Fifty Shades of Grey,” though it began as a simple “Twilight” fan fiction, quickly evolved into a work of its own that managed to rival its origin's success. Though it has only been released for one year, the trilogy, including “Fifty Shades Darker” and “Fifty Shades Freed,” has already sold a startling 10 million copies.

It is anticipated that “Vindicating Vicky” will prove itself to be just as popular and provocative as these other novels. This new novel has already created a stir and has received many favorable reviews on sites such as Amazon, Barnes & Noble, Goodreads and Smashwords.

“Vindicating Vicky” shares many similar themes with “Fifty Shades of Grey” and “Bared to You,” including female submission and utilizing sexuality as an emotional outlet; however, the book dramatically differs in its core themes, as well as the presentation of them. While James and Day primarily employ eroticism as an artistic tool to describe their characters' relationship with each other, “Vindicating Vicky” uses it as a tool to heighten the main character's disconnection with herself.

The fundamental theme of “Vindicating Vicky” is discernible from the title – vindication. On the usage of this word, Knight states “I was struck by the neatness of this word’s definition as the ‘clearing of wrongdoing’ or ‘justification of an action or deed.’ I believe this is extremely appropriate to the story, as it revolves around a beautiful, vulnerable young woman’s quest to justify herself in the face of past misfortune.”

Knight's novel “Vindicating Vicky,” is available for purchase online and through bookstores now.