Robert Hill Long of Eugene, Oregon is the winner of the eighth annual War Poetry Contest sponsored by Winning Writers. This contest seeks today's best poetry on the theme of war. Mr. Long's poems "Wolverine and White Crow", "Motivations", and "Insurrection and Resurrection" were judged the best of 664 entries from around the world. The winning entries are published at http://www.winningwriters.com/contests/war/2009/wa09_pastwinners.php 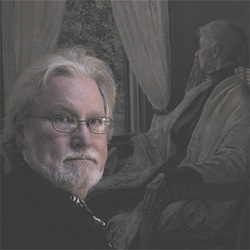 Or Wend, Skull, With Your Teeth Like Bright Armor

Winning Writers is pleased to announce the results from its eighth annual War Poetry Contest. Robert Hill Long of Eugene, Oregon won first prize and $2,000 for his poems "Wolverine and White Crow", "Motivations", and "Insurrection and Resurrection". These quietly tragic poems tell the stories of veterans who are unable to reintegrate into the society for which they sacrificed their bodies and minds. Long astutely draws connections between war, racial inequality, and poverty.

664 entries of 1-3 poems each were received from around the world. They were judged by Jendi Reiter, award-winning author of Swallow (Amsterdam Press, 2009) and A Talent for Sadness (Turning Point Books, 2003), and Ellen LaFleche, an accomplished writer and editor whose honors include the Poets on Parnassus Prize for poetry about the medical experience and the Editor's Choice Award for poetry from Writecorner Press.

The judges said, "Because of Long's lyrical imagery, specific details of time and place, and moments of dark humor, his characters are universal without being generic. 'Wolverine and White Crow' is a dignified masterpiece that indicts war through its gritty exploration of disenfranchised men. In this poem, the bleak prospects for men on a Native American reservation both influence the protagonist's decision to join the military and compound his struggles when he returns. By contrast, for the disabled vet in 'Motivations', it was his own youthful strength and manliness that made him feel invincible in battle--until the instant when he wasn't."

Timothy Tebeau of Petoskey, Michigan won second prize and $1,200 for "Dancing in Baghdad". Perfectly poised between beauty and horror, this poem depicts elite revelers at an embassy where death waits just outside the door. Their heartlessness and self-delusion are privileges of their position but may also be their undoing.

Susan McCabe of Santa Monica, California won third prize and $600 for "Or Wend, Skull, With Your Teeth Like Bright Armor". This unique and striking poem begins with the marriage of extravagance and death in British conceptual artist Damien Hirst's "For the Love of God" sculpture, a human skull encrusted with $18 million worth of diamonds. She imagines the skull as having belonged to a soldier whose brief life was so rich in some ways, so vulnerable in others. McCabe's poem prompts us to reflect on the wastefulness of a wealthy nation that fêtes dead things while discarding young lives.

Twelve honorable mention awards of $100 were also made, bringing the total to $5,000. The winners and 10 finalists are published at http://www.winningwriters.com/contests/war/2009/wa09_pastwinners.php

The War Poetry Contest is sponsored by Winning Writers. It seeks original, unpublished poems on the theme of war. Contestants may submit 1-3 poems, up to 500 lines in all. Submissions for the 2010 contest are accepted from November 15, 2009 through May 31, 2010. The prize pool is $5,000, including a first prize of $2,000. Entries are accepted online and by mail. The entry fee is $15. For more information, please see http://www.winningwriters.com/contests/war/wa_guidelines.php

Please feel free to request additional information or permission to reprint poems, or to arrange interviews with the contest winners.

Winning Writers is today's leading source for poetry contest information. We have been selected as one of the "101 Best Websites for Writers" by Writer's Digest for five years in a row (2005-2009). Our online database, Poetry Contest Insider, includes complete guidelines and rankings for over 750 poetry contests, plus over 300 of the top fiction and essay contests. Our free email newsletter offers news about quality free contests and literary resources. Winning Writers sponsors two annual contests, the War Poetry Contest and the Wergle Flomp Humor Poetry Contest.

Robert Hill Long of Eugene, OR is the winner of the 2009 War Poetry ContestRobert Hill Long is an administrator in faculty research at the University of Oregon. His books include The Effigies, The Work of the Bow, and The Power to Die. He has been awarded fellowships by the NEA in 1988 and 2005; he won First Prize in the Winning Writers War Poetry Contest in 2004 and Honorable Mentions in 2006 and 2007. His work has been anthologized in Birds in the Hand, Best American Poetry, Flash Fiction and Web del Sol, and over the past thirty years has appeared in journals across America, including Diagram, Marlboro Review, Hudson Review, The Kenyon Review, Manoa, New England Review, Poetry, The Prose Poem, Virginia Quarterly Review, and Zyzzyva.

Jendi Reiter is the final judge of the War Poetry ContestJendi Reiter is vice president of Winning Writers, editor of Poetry Contest Insider, and judge of the Winning Writers poetry contests. Ms. Reiter has been entering and winning literary contests for over 20 years. Her work has appeared in Poetry, The New Criterion, Mudfish, Alligator Juniper, MARGIE: The American Journal of Poetry, First Things, Hanging Loose, Cider Press Review, Southern Poetry Review, Grasslands Review, Best American Poetry, and many other publications. She has won two awards from the Poetry Society of America, first prize for poetry in Alligator Juniper's National Writing Contest, first prize in the Elizabeth Simpson Smith Award for a Short Story (Charlotte Writers' Club), second prize in the Literal Latte Fiction Awards, Lyric Magazine's College Poet of the Year Prize, the Mildred Werba Poetry Prize, the Olay Fine Lines Poetry Contest, and a National Endowment for the Humanities grant for poetry criticism. Turning Point Books published her first book of poetry, A Talent for Sadness, in the fall of 2003, and her chapbook Swallow was published in 2009 by Amsterdam Press. A member of the Advisory Board of The Saint Ann's Review, Ms. Reiter graduated from Harvard University and has a degree from Columbia Law School. See her work at JendiReiter.com.

Ellen LaFleche is the assistant judge of the War Poetry ContestEllen LaFleche has worked as a journalist and women's health educator in Western Massachusetts. Her poems have been published in Alehouse, New Millennium Writings, The Ledge, Alligator Juniper, Words and Pictures Magazine, Naugatuck River Review and PoetrySuperHighway.com, among many others. She won the Poets on Parnassus Prize for poetry about the medical experience and the editor's choice award for poetry from Writecorner Press.