Investing in Water, Food and Energy 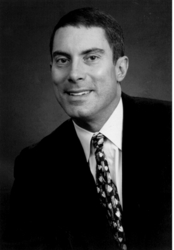 Much of the world lacks access to all three (water, food and energy) and the problem is worsening,” Leavitt said. “With a seemingly endless demand and dwindling supply, companies able to address these issues have a lot of potential.

Speaking at a private family office conference in Istanbul, William S. Leavitt, President of Leavitt Capital Management, Inc. said water, food and energy are top investments for 2011 and beyond. Leavitt, an alternative investment expert, said companies that can capitalize on the global environmental crises should prosper over the long term.

“Water, food and energy are one interconnected system,” said Leavitt, who was invited to speak at the prestigious conference. “The global water crisis affects food production. Food production impacts the development of alternative energies, such as biofuels. Energy is needed to address issues like water pollution, and so forth,” he added.

When considering investments, Leavitt focuses on areas overlooked by traditional investors. “We look for things people need and are forced to buy,” he said. “At that point, price becomes a non-issue.”

“Much of the world lacks access to all three (water, food and energy) and the problem is worsening,” Leavitt said. “With a seemingly endless demand and dwindling supply, companies able to address these issues have a lot of potential,” he added.

According to Leavitt, the global water supply is an evolving crisis. Increased demand fuelled by global population growth, increasing standards of living in developing countries and rapid industrialization in China and India are causing clean water shortages¹.

Water shortages ultimately impact food production. This is coupled with the fact that demand, particularly meat consumption, is growing worldwide². By 2025, 1.1 billion people are expected to join the middle class income groups in China and India³. As people shift into more affluent classes, their overall quality of life improves, including diet.

“Energy companies that employ hydraulic fracturing of gas shale (‘fracking') inject millions of gallons of water, chemicals and sand into the earth at high pressures to extract natural gas inside rock formations,” said Leavitt. “This puts additional strain on water supplies,” he added.

“Our investment team is focusing on all three of these areas,” Leavitt said, “and we are encouraged by the prospects.”

William (Bill) Leavitt is an expert on alternative investments and writes about water and energy. Mr. Leavitt is the president of Leavitt Capital Management, Inc., a registered investment advisory firm established in 1985. His firm specializes in identifying and investing in unique investments, affording wealthy families and institutions exposure to a multitude of opportunities, including water, food, agriculture, energy, environmental solutions and timber, among others. Mr. Leavitt’s research and investments span to virtually all areas of the world, including sugarcane ethanol plants and cattle ranches in rural Brazil, timber harvesting sites in New Zealand and manufacturing facilities in Vietnam, Ukraine, Africa, and China.