Established in Los Angeles by Jeff Antebi in 1997, Waxploitation has been pioneering new models in the music business and making a difference through active social causes for a decade. 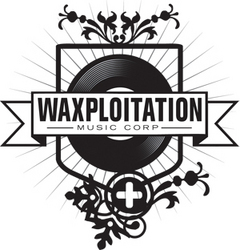 Established in Los Angeles by Jeff Antebi in 1997, Waxploitation has been pioneering new models in the music business and making a difference through active social causes for a decade. The company was founded as a record label for innovative artists, and broadened to include Artist Management and Music Publishing in 2000.

A decade into its history, Antebi reflects that, "especially with the way the music world is today, chaotic and in somewhat of a freefall, Waxploitation has been steadily moving upwards over time by focusing on quality artists with a strong vision, attempting to do things against the grain. We've stayed true to important music and let long tail economics take care of the rest."

In its early years, Waxploitation broke with the decades-old tradition of managing 'producer/engineers' and began to manage artists as record producers - an important distinction, then and now.

"When I first started managing producers, the conventional wisdom was that artists should not produce their own albums, let alone other people's albums," says Antebi. "To me, production was always an art form, and I felt there was a need to champion great artists who could become great producers."

It was the management of acclaimed urban producer E-Swift of Tha Alkaholiks which led to Waxploitation managing and ultimately releasing Tha Alkaholiks' swan song Firewater album, before they retired as one of hip hop's legendary acts. And from there, the Company segued from primarily producer management to primarily artist management.

Waxploitation has always focused on working with artists early in their careers. An example would be Antebi's relationship with six-time nominated, two-time Grammy Award winning producer and artist Danger Mouse, which began well before the release of the notorious Grey Album.

"I was listening to a CD of his," recalls Antebi, "and maybe 16 bars into it, I instantly knew that Danger Mouse was someone who was going to change everything… just one of those gut reactions that's impossible to explain… but a very inspirational moment."

Says Cee-Lo: "Waxploitation is very special. If an artist envisions something, they're able to make it real. That takes imagination. And willpower…the word Jeff uses most often is 'no.'"

Antebi manages Danger Mouse's producing career, which has included the Grammy Award-winning Gorillaz Demon Days album, as well as critically acclaimed releases from Sparklehorse, The Rapture and Martina Topley-Bird, to name a few.

"Jeff has always had a really intuitive sense of subtleties that other people miss," says Danger Mouse. "He's a rare individual who spends as much time on the smallest things as he does on the bigger vision. There's an unceasing passion for the details."

Waxploitation handles publishing catalogs with classics including Young MC's 'Bust a Move', 'Tone Loc's Wild Thing' and 'Funky Cold Medina,' as well as Beastie Boys' seminal album Paul's Boutique and songs by the Pharcyde and Brand New Heavies, among many others.

Causes & Activism
Waxploitation Records released an album in 2003 entitled "Genocide in Sudan" which was the start of what has been a core component of the Company's dedication to humanitarian activism. The album included songs from Yoko Ono, System of a Down, Gorillaz, Thievery Corporation to name a few.     Waxploitation holds several charity auctions each year to benefit prominent non-profits, including Oxfam, Save Darfur, the UN Refugee Agency and Human Rights Watch, and has included items donated by Angelina Jolie, Radiohead, Tony Hawk, Kanye West, Nine Inch Nails, OutKast, Julius 'Dr. J' Irving and more.

"Waxploitation has been a great supporter of Human Rights Watch in our efforts to end ethnic cleansing in Darfur," says Human Rights Watch's Elizabeth Seuling. "Jeff manages to find creative ways to introduce people to the work we do."

In mid-October, Waxploitation will launch a new charity auction through eBay's non-profit MissionFish partner. Waxploitation is making available a number of prized signed guitars from Avril Lavigne, Common, Flaming Lips, Nickelback, and Deftones, as well as rare items from Coldplay, Bjork, TV on the Radio to name a few.

In mid-November, Waxploitation is releasing an ambitious charity album called Causes 1 which includes exclusive and rare songs from The Black Keys, Bloc Party, Bright Eyes, Cornelius, Death Cab for Cutie, (International) Noise Conspiracy, The Shins, Spoon, Thievery Corporation and Travis, among many others, with 100% of the proceeds going to Human Rights Watch and Doctors Without Borders. For more information please see http://www.waxploitation.com