West Edmonton Mall, the largest shopping mall in North America, is hosting Black Friday 2012 even though Thanksgiving in Canada passed well over a month ago. With special sales and extended hours, West Edmonton Mall is officially recognizing this popular U.S. retail affair for the first time and in doing so has community figureheads such as Jay Love, prominent residential and commercial real estate agent from Edmonton Properties, convinced that Edmonton is committing to its position as a continent wide leader in retail, leisure & entertainment. 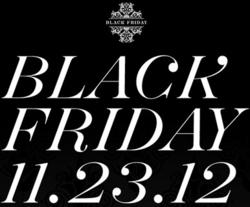 It has witnessed an onslaught of attempts to take its position as North America’s premier shopping and entertainment destination and to respond it has continued to satiate the tastes of visitors by providing the familiar, albeit on a grander scale.

The doors won’t be open at midnight to satiate ravenous shoppers looking to burn off a few turkey induced calories while fattening their credit card balances but West Edmonton Mall, Canada’s commercial contribution as the largest shopping mall in North America, has decided to officially recognize Black Friday this November 23, 2012. From 8AM to 9PM the mall that more resembles a small tourist driven city will buzz as local shoppers and those that have made their way from the U.S. for the extended weekend perhaps to escape the madness may very well have landed themselves in the ultimate hive of retail activity. For Edmontonians, the experience is simply business as usual.

Thanksgiving is celebrated in October in Canada and for decades Canadians have either been taking the trip south across the border for the Black Friday experience or simply watch the “show” on CNN from the comforts of their home as shoppers trample one another when the gates to Walmart (and the rest) part. However Edmonton has been on the fast track to global recognition as a retail giant and a major part of its draw comes from the United States. U.S. based retailers have flocked to Edmonton to set up shop within West Edmonton Mall, South Edmonton Common, or within the burgeoning downtown core. Marketing efforts have been made on behalf of the city to continue to bring visitors from all over the continent and those visitors continue to gain a sense of instant recognition when they pass through the walls of any of these retail centers. At the same time, West Edmonton Mall remains proud to showcase Canadian retailers as well, in particular the new addition of Simons – a large retailer of affordable upscale cutting-edge fashions. While Edmonton is clearly accommodating the demand from across the border, it keeps its identity intact.

For Edmonton professionals like Jay Love, a residential and commercial Edmonton real estate agent that sees the city’s distinctiveness as being an important lure to new residents, finding a balance between accommodation and individuality is imperative to the success of Edmonton. Jay Love comments “West Edmonton Mall has long been a major part of what attracts people to the city for work, business, and of course leisure. It’s one of the first topics of discussion when consulting with new clients looking to invest in Edmonton real estate. As one of the first theme park malls of its kind, it has witnessed an onslaught of attempts to take its position as North America’s premier shopping and entertainment destination and to respond it has continued to satiate the tastes of visitors by providing the familiar, albeit on a grander scale. This year’s Black Friday inception is a perfect example. However as an Edmonton purist, so to speak, I’m happy to say that West Edmonton Mall, even with its grandiose displays at every turn, still remains true to its identity. I don’t anticipate seeing any 12AM Black Friday openings or employees being forced to work at midnight on Canadian holidays any time soon.”

More information about West Edmonton Mall’s Black Friday can be found on their website. To learn more about commercial properties in Edmonton or for any inquiries about Edmonton real estate, Jay Love encourages interested parties to contact the Edmonton Properties office.