The mixtape is presented by Coast 2 Coast Mixtape Promotion. 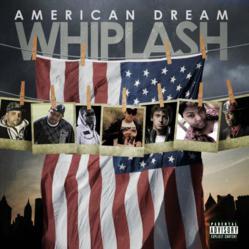 Whiplash has used his experiences over the years, to hone his music style. After living a nomadic lifestyle for many years, he uses his life situations which include living in fields, campgrounds, couches, beaches, and more as content for his music. Every track he creates combines a passionate delivery with creative lyricism. Coming from humble beginnings, he is determined to make it in the music industry as an underdog. He embraces his drifter status using it as an outlet to express himself.

To date, Whiplash has released several mixtapes. He recently released the “Bad In Me” music video featuring Tha Advocate. Keep up with all Whiplash updates by visiting his website.

Coast 2 Coast Mixtapes are the most widely distributed mixtapes in the world, with over 100 million downloads/plays generated by over 200 volumes officially hosted by major artists. Coast 2 Coast has a solid reach in the new music industry with a digital magazine, DJ coalition, industry tips blog, yearly convention, and more. Coast 2 Coast Mixtapes represents a unique opportunity for artists of all urban genres, from major to indie. For more information, visit http://www.coast2coastmixtapes.com.