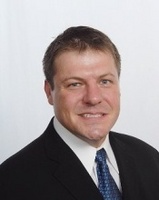 He brings with him a strong background and expertise in all aspects of whistleblower laws, having built his career promoting the interests of whistleblowers on Capitol Hill, in the U.S. Supreme Court, and in federal and state courts across the country"

“We are extremely proud and happy that an attorney of Jeb’s outstanding skill and reputation has joined us at Nolan & Auerbach,” said founding partner Kenneth Nolan. “He brings with him a strong background and expertise in all aspects of whistleblower laws and protections, having built his career promoting the interests of whistleblowers on Capitol Hill, in the U.S. Supreme Court, and in federal and state courts across the country. He is a splendid addition to our firm, adding even more depth to our nationally recognized whistleblower practice.”

“I am excited and honored to join Nolan & Auerbach, P.A.,” said Jeb White. “The firm is widely recognized as one of the premiere qui tam law firms, and it has a reputation for practicing law with the highest level of integrity.”

Mr. White is the former President of Taxpayers Against Fraud (TAF), a nonprofit public interest organization dedicated to combating fraud against the federal government. At TAF, Mr. White worked directly with qui tam plaintiffs and their attorneys to develop and successfully litigate qui tam cases. In addition, he led the effort to modernize the federal False Claims Act for the first time in nearly a quarter of a century; tirelessly advocated for greater incentives and protections for those blowing the whistle on fraud targeting the Internal Revenue Service, the Securities and Exchange Commission, and state governments; and fought to protect antifraud and whistleblower laws in the courts. Additionally, as the editor of the False Claims Act & Qui Tam Quarterly Review, he managed a 150+ page law journal devoted to the False Claims Act.

Mr. White has also regularly educated attorneys and others about whistleblower laws and protections. As Executive Director of the TAF Education Fund, he organized the country’s largest conference devoted to the False Claims Act, and jurists and practitioners frequently cite his numerous articles on whistleblower litigation. In addition to qui tam litigators, Mr. White has presented to a wide variety of audiences, including the American Bar Association, the American Health Lawyers Association, the American Law Institute, and the IRS Whistleblower Boot Camp.

Mr. White was educated at the University of Pennsylvania (B.A.) and the Georgetown University Law Center (J.D.).