A Congressional investigation could determine whether there is a link between the anti-psychotic drug Seroquel and the deaths of veterans suffering from post-traumatic stress disorder, West Virginia veterans' benefits attorney Jan Dils says. 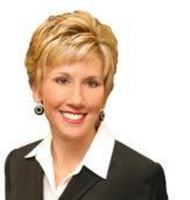 Our attorneys have fought for VA benefits for countless Veterans with PTSD, and we know how much of an ordeal this disability can be for them and their families.

Jan Dils, one of the country’s leading Veterans’ benefits attorneys, says she fully supports families who are calling on Congress to investigate a possible link between Seroquel and the deaths of several Veterans with post-traumatic stress disorder who were prescribed the powerful anti-psychotic drug.

According to the Associated Press, thousands of soldiers suffering from PTSD have received Seroquel within the last nine years. Several of those soldiers have died, prompting their families to claim the government has not been upfront about the drug’s risks, the AP reports.

“Our attorneys have fought for VA benefits for countless Veterans with PTSD, and we know how much of an ordeal this disability can be for them and their families,” says Dils, the founder of Jan Dils, Attorneys at Law, L.C., which has six offices in West Virginia and North Carolina.

“If a Veteran dies without a full explanation, it only adds to the family’s suffering,” Dils says. “They deserve to know whether this drug contributed in any way to their loss.”

According to Dils, whose firm represents Veterans who apply for Veterans Affairs’ disability benefits, PTSD is one of the most common disabilities suffered by Veterans of the Army, Navy, Air Force and Marines, especially those who served active duty in combat zones such as Viet Nam, Iraq and Afghanistan.

Post-traumatic stress disorder is a severe anxiety disorder that inflicts those who have been exposed to a traumatic event, such as an assault, explosion or terrifying accident. Symptoms include insomnia, flashbacks, nightmares, depression, restlessness, headaches, ulcers and high blood pressure.

“A Veteran with service-connected PTSD may not be able to work or function, and they need benefits in order to survive and receive medical treatment,” Dils says.

According to the AP, Seroquel has been approved by the U.S. Food and Drug Administration to treat schizophrenia, bipolar disorder and depression. However, since 2001, the VA has increasingly prescribed the drug for an “off-label” use: Treating PTSD-induced insomnia.

Since 2001, the VA has increased its Seroquel expenditures by 770 percent, making it the VA’s second-biggest prescription drug expenditure, the AP reports. Last fiscal year, the agency spent $125.4 million on the drug.

AstraZeneca PLC, the drug’s manufacturer, faces an estimated 10,000 product liability lawsuits related to the drug, with most claiming that Seroquel caused diabetes, according to the AP.

Although a study published in the New England Journal of Medicine in 2009 found there were three cardiac deaths per year for every 1,000 patients taking anti-psychotic drugs like Seroquel, the number of soldiers who have died while taking Seroquel or whether the drug definitely contributed to their deaths has not been established, the AP reports.

Dils says that lack of clarity is why Congress owes it to the Veterans’ families to investigate any potential link between Seroquel and the soldiers’ deaths.

“Our Veterans’ benefits lawyers support our soldiers when they’re abroad, and we support them and their families in their battles at home for benefits,” Dils says. “We will fully support them in this battle as well.”

Jan Dils, Attorneys at Law, L.C., focuses exclusively on helping individuals with disabilities get the financial help they deserve from the government by seeking benefits from the Department of Veterans’ Affairs and the Social Security Administration. The firm features West Virginia offices in Charleston, Parkersburg, Huntington, Logan and Beckley and one office in Charlotte, North Carolina. To learn more about veterans’ benefits and Social Security disability benefits, contact the firm by calling (877) 838-3726 or using its online form.