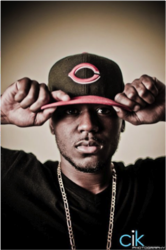 Coast 2 Coast Mixtapes announce the release of the “Motion Picture Sh*t” music video by hip-hop artist Ya Highne$$. The video is now available for view on YouTube. Ya Highne$$ is the latest edition to the ranks of talented hip-hop artists from Brooklyn, NY area.

Born Edward Jerome Wiley, on September 20, 1987, Ya Highne$$ grew up in the drug infested Crown Heights section of Brooklyn. As a toddler, just the experience of wearing his uncle’s headphones captivated him and thus began his love for hip-hop. He would hear stories and see pictures of his influences during the 90’s when hip-hop was arguably at its best. From Big Daddy Kane and Tribe Called Quest to The Notorious B.I.G and Jay-Z, all of these artists had a massive impact on Ya Highne$$. Like many rappers, Ya Highne$$ began writing poetry as a way to escape his surroundings and stay on the right track.

In 2011, Ya Highne$$ recorded his first single “Be Alone”. The following year, Ya Highne$$ released his mix tape entitled Y.H.I.C. (Ya Highne$$ In Charge) which featured singles “Motion Picture Sh**” and “We In The Building” featuring DJ Dozen.

No stranger to the limelight, Ya Highne$$ was the winner the Coast 2 Coast NYC Industry Mixer Showcase in January 2013 as well as the winner of the Desert Storm Showcase in February 2013. Ya Highne$$ was then hand-picked to be the opening act for Juelz Santana’s birthday celebration which was deejayed by Brooklyn’s own The Finisher Mister Cee at Club Bliss in February 2013.

Ya Highne$$ is currently in the studio producing new music for his encore mix tape (tentative release early summer). Connect with Ya Highne$$ on Facebook, Twitter and Instagram by entering “YaHighness87.”