The Drug Resource Center is the Web’s largest source for information on prescription drug warnings, side effects and legal news. Visit http://www.DrugRisk.com 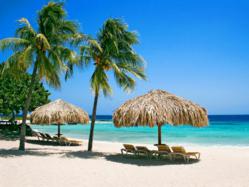 The Drug Risk Resource Center cautions victims who wish to learn about their legal options that they should seek a lawyer with experience in defective drug litigation, and only recommends lawyers and law firms who have already settled Yaz lawsuits.

The prescription drug resource center DrugRisk.com has updated its comprehensive database to include the latest warnings on Yaz side effects as well as legal news on the ongoing Yaz litigation and settlements.

“The goal of DrugRisk is to improve patient safety through education. This includes furnishing the latest warnings, recalls, studies and litigation news related to prescription drugs like Yaz and Yasmin used by millions of women,” explains DrugRisk representative Ryan Mayer.

The resource center is advising patients of the latest Yaz health warning, in which the American College of Obstetricians and Gynecologists cautioned that birth control pills containing drospirenone, such as Yaz and Yasmin, may have a higher risk of causing blood clots.*

DrugRisk also contains studies previously issued by the British Medical Journal and U.S. Food and Drug Administration which show drugs like Yaz can increase the risk of blood clots, DVT and pulmonary embolism by as much as 74%.**

In legal news, DrugRisk has learned that thousands of Yaz lawsuits have been consolidated to a special federal Multi-District Litigation court in Illinois. The formal case is known as Yasmin and Yaz (Drospirenone) Marketing, Sales Practices and Products Liability Litigation (MDL No. 2100, Southern District Illinois).

According to the most recent financial report from Bayer, the company has settled approximately 3,500 of these Yaz claims, at a total cost of nearly $750 million, or around $214,000 per case.*** Bayer also confirmed they are only settling claims involving blood clot injuries, such as deep vein thrombosis and pulmonary embolism.

Anyone who suffered a blood clot, DVT, stroke or Pulmonary Embolism after taking Yaz or Yasmin is urged to contact the Drug Risk Resource Center or speak with a lawyer about their legal options.

The Drug Risk Resource Center cautions victims who wish to learn about their legal options that they should seek a lawyer with experience in defective drug litigation, and only recommends lawyers and law firms who have already settled Yaz lawsuits.

For more information on the research, side effects and litigation news related to Yaz and other drugs, or to speak with a lawyer, visit http://www.DrugRisk.com.