The DrugRisk Center is the web’s largest source for information on prescription drug warnings, side effects and legal news. Visit http://www.DrugRisk.com. 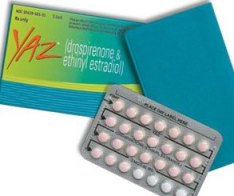 The company faces Yaz lawsuits from more than 13,000 claimants, but has settled around 4,800 claims involving blood clot injuries like deep vein thrombosis (DVT) or pulmonary embolism.

The birth control safety advocates at DrugRisk.com are alerting of updated information on the site for women using the oral contraceptives Yaz or Yasmin. French officials have asked European Union health regulators to limit prescriptions of these drugs due to concerns over blood clot risks.

DrugRisk was created to improve the safety of those taking popular prescription drugs like Yaz or Yasmin by providing the latest drug alerts, studies, recalls and legal news. Visitors can learn if others are experiencing similar side effects and decide whether they need legal advice.

The resource center contains studies from the British Medical Journal and FDA which warn birth control pills containing the hormone drospirenone, like Yaz and Yasmin, can increase the risk of blood clots, DVT and pulmonary embolism by as much as 74%.*

Now, DrugRisk has added news that French officials will ask European Union regulators to modify prescription guidelines of third and fourth-generation birth control drugs like Yaz and Yasmin in order to limit use.** The move comes just after France announced it will no longer reimburse patients for contraceptives like Yaz over blood clot concerns**.

In the United States, Bayer faces thousands of Yaz lawsuits by patients alleging blood clot injuries. Due to the number of claims, cases were consolidated to a special federal Multi-District Litigation court in Illinois. The case is known as Yasmin and Yaz (Drospirenone) Marketing, Sales Practices and Products Liability Litigation (MDL No. 2100, Southern District Illinois).

DrugRisk has obtained Bayer’s latest financial report, which discloses the company faces Yaz lawsuits from more than 13,000 claimants, but has settled around 4,800 claims involving blood clot injuries like deep vein thrombosis (DVT) or pulmonary embolism**. Bayer will continue to evaluate new blood clot claims for settlement on a case-by-case basis**.

Anyone affected by a blood clot, DVT, stroke or pulmonary embolism after taking Yaz or Yasmin is urged to contact the DrugRisk Resource Center or speak with a lawyer about their legal options.

Due to the specialized nature of federal MDL drug injury cases, DrugRisk cautions patients that they should seek a lawyer with experience in this litigation, and only recommends lawyers and law firms who have already settled Yaz lawsuits.

For more information on the research, Yaz side effects and litigation news related to Yaz and other drugs, or to speak with a lawyer, visit http://www.DrugRisk.com.