Fluoride toxicity damage to teeth is a growing concern. Midtown Dentistry -leaders in fluoride dental damage repair - joined the debate by educating its patients about the topic. 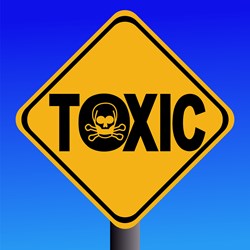 Midtown Dentistry is a leader in educating, diagnosing and treating patients for Fluoride toxicity. Recently, this leading houston dental group has launched a patient awareness program to highlight the hidden dangers of fluoride.

CHRONIC FLUORIDE TOXICITY
There is concern about chronic fluoride toxicity, although the symptoms can be difficult to accurately assess as the element affects different individuals in different ways and can depend on a number of factors. These include chronic fluoride use, such things as the type of exposure, the length of exposure, and also a person’s genetic predisposition to fluoride sensitivity. Chronic fluoride toxicity can manifest itself in ways that can seem quite harmless although there are concerns it could cause more serious symptoms in others. One of the most common symptoms is dental fluorosis that is caused through being overexposed to fluoride during the first eight years.

Fluoride is derived from the element fluorine, and occurs naturally in the environment. It is frequently found in water supplies, but for the past sixty years or so it has been added to many public water supply systems in the United States. The reason for this is because it is believed to be a safe and effective way of reducing tooth decay. According to some experts, the addition of fluoride to the water has resulted in a 50% reduction in the levels of tooth decay, while other argue this would have happened anyway as people have access to better dental care, and most use fluoridated toothpastes and mouthwashes.

One symptom of chronic fluoride toxicity results in the teeth becoming discolored.
Dental Fluorosis can manifest itself as white marks on the teeth that can often only be detected by dentists, but in some cases the teeth can be more severely affected. It can cause yellow or brown stains on the teeth, and may even result in the tooth surfaces becoming pitted. This condition is estimated to affect around a quarter of Americans aged between 6 and 49, but researchers have noticed it is becoming more prevalent among children aged between 12 and 15. This trend has been noticed since the mid-eighties. Luckily most cases of fluorosis are mild, and just 2% are classed as being moderate. A university of California study published in monographs of oral science in 2011 has suggested the mechanism of toxicity for the teeth. The full mechanism for the dental changes is not fully known.

It is thought this increase in its prevalence is generally due to inappropriate use of fluoridated products such as toothpaste and mouthwash as children sometimes enjoy the taste and chose to swallow excess toothpaste rather than spitting it out. It can also be caused by the child being given fluoridated foods such as fruit juices and soft drinks that contain extra fluoride, or from having lived in an area where the drinking water naturally contains too much fluoride.

DENTISTS ARE FIRST TO DIAGNOSE FLUORIDE TOXICITY
Dentists can see changes in teeth that indicate slow chronic toxicity. That is why they are usually the first to identify the problem. Dental fluorosis is such a finding. While the damage to teeth is usually limited to cosmetic concerns or increased decay, fluoride toxicity can result in far more serious symptoms if large amounts of fluoridated products are ingested over a short space of time. Signs of acute fluoride toxicity can include suffering from nausea, stomach pains, diarrhea and vomiting. Medical help should be sought if you discover someone in your family has ingested large amounts of fluoridated products and it is worth keeping dental products out of the reach of young children and encouraging them to spit out the excess paste rather than swallow it.

Midtown Dentistry now includes fluoride diagnosis and counseling in the patient questionnaire and have sections in the website to counsel patients on the facts.

"It is a growing concern and our patients need to be involved in their own fluoride consumption," says Dr. Jonathan Penchas, founder of Midtown Dentistry. "Fluoride treatment is still provided to certain patients on a selective basis. In general, Midtown Dentistry recommends to its patients to reduce fluoride intake. Drinking water should be fluoride free."