Wright & Schulte has filed another DePuy ASR hip implant lawsuit against DePuy Orthopaedics. This hip replacement lawsuit contends the plaintiff suffered from severe hip injuries due to the purportedly defective design of the ASR hip implant and that DePuy failed to warn the public about the significant failure rates of these devices. 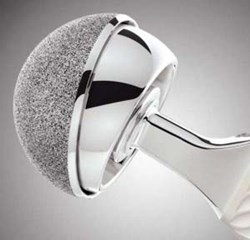 If you have experienced DePuy ASR Hip Complications contact Wright & Schulte LLC for a Free DePuy hip lawsuit evaluation at www.yourlegalhelp.com, or by call 1-800-399-0795.

Wright & Schulte, LLC is experienced in defending the rights of those who have sustained serious injuries after using defective products and dangerous drugs. Our skilled DePuy ASR hip implant attorneys are experienced at successfully going up against large corporations. We encourage those who believe they have sustained DePuy ASR hip implant complications to speak with our knowledgeable lawyers by visiting yourlegalhelp.com or by calling 1-800-399-0795. Click here for more information on DePuy Hip Replacement lawsuits.

Court documents explain that, in July 2006, the plaintiff had a DePuy ASR hip implant surgically placed in his left hip. Following implantation, however, the plaintiff allegedly began to develop severe, persistent hip pain. Ultimately, this complication necessitated that the plaintiff undergo risky hip revision surgery to remove the implant in February 2012. According to the complaint, as a result of having the recalled DePuy ASR hip implant, the plaintiff now allegedly has an increased risk of metallosis (dangerous levels of metal ions in the blood), hip dislocation, hip bursitis and other severe complications.

In addition to contending the the plaintiff’s severe hip injuries were directly caused by the purportedly defective design of the ASR hip implant, this DePuy ASR lawsuit also claims that DePuy Orthopaedics, Inc. was aware of the significant risk of failure associated with its ASR hip implants and, nevertheless, failed to warn the public about these risks.