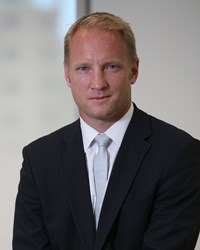 “One of Patrick’s top priorities will be to make Tropicalia a world destination… and to further our mission of building a unique, environmentally sensitive development that will be a legacy to future generations,” said Adriana Cisneros, CEO of Cisneros.

Mr. Freeman, who joined Cisneros as Vice President of Real Estate & Development in 2010, will report to Adriana Cisneros, Chief Executive Officer, and be based with his team at the corporate headquarters in Miami. He will oversee the development and strategic positioning of the company’s real estate portfolio, which includes commercial, industrial and residential properties.

The real estate division’s crown jewel is Tropicalia, a sustainable luxury development that will encompass thousands of acres and miles of coastline on the Bay of Samaná in the Dominican Republic. Anchored by a Four Seasons Resort, which is currently under design, Tropicalia will set a new standard of natural elegance and simplicity for sophisticated travelers around the globe.

“Patrick’s experience and passion for sustainable development make him an ideal choice to lead Cisneros Real Estate,” Ms. Cisneros said. “One of Patrick’s top priorities will be to make Tropicalia a world destination for visitors who want to experience the Dominican Republic’s natural beauty, and to further our mission of building a unique, environmentally sensitive development that will be a legacy to future generations.”

“This is an extraordinary opportunity to help create a new business focused on successful, socially responsible and ecologically minded development,” Mr. Freeman said. “The Cisneros organization provides a perfect foundation for this undertaking, and I could not be more honored by the confidence they have placed in me.”

ABOUT CISNEROS: Cisneros is one of the largest privately held media and entertainment, digital media, telecommunications, consumer products and real estate organizations in the world. Cisneros wholly owns or controls companies ranging from broadcast television and television production to consumer products, and real estate. The group sells TV programming and other media content on five continents and in over 90 countries. Its media and entertainment holdings include Venevision, the leading television network in Venezuela; Venevision International, a global Spanish-language entertainment company; and Venevision Productions, a supplier of top-tier telenovelas for North American and world audiences. In addition, the Cisneros Group owns several digital assets, including Adsmovil and RedMas, its digital advertising units, Cuponidad, an online couponing site, and the websites venevision.com, noticierovenevision.net, and missvenezuela.com.