Howard Schmidt will be honored for his significant contributions to the information security industry during the ISE® North America Leadership Summit and Awards on Nov. 6-7 in Vienna, Va. He will also serve as a keynote speaker during day two of the summit. 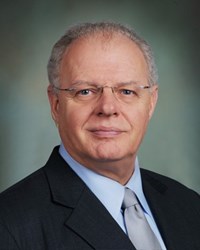 Howard has been a pioneer and thought leader in cyber security...

T.E.N., a technology and information security executive networking and relationship-marketing firm, announced today that Howard Schmidt will be honored as the 2013 Luminary Leadership Award Winner during the ISE® North America Executive Forum and Awards on Nov. 6-7 at the Sheraton Premiere at Tyson’s Corner in Vienna, VA.

Presented annually, the award celebrates the achievements of an outstanding leader and industry practitioner for his or her distinguished service, stewardship and contributions in advancing the information security industry.

Schmidt is most well known for serving the white house during the administrations of both presidents George W. Bush and Barack Obama. As special assistant to the president and cybersecurity coordinator, he was responsible for coordinating interagency cybersecurity policy development and implementation and for coordinating engagement with federal, state, local, international, and private sector cybersecurity partners. Schmidt was also president and CEO of the Information Security Forum (ISF). Before ISF; served as Vice President and Chief Information Security Officer and Chief Security Strategist for eBay Inc.; and formerly operated as the Chief Security Officer for Microsoft Corp. He also served as Chief Security Strategist for the US-CERT Partners Program for the Department of Homeland Security.

Now partner at the strategic advisory firm, Ridge Schmidt Cyber, LLC, Schmidt’s diverse expertise spans business, defense, intelligence, law enforcement, privacy, academia and international relations. During his distinguished career of more than 40 years — including 26 years of military service — he filled many influential roles in both the public and private sectors and is revered amongst peers as an industry visionary.

“Howard has been a pioneer and thought leader in cyber security,” said Craig Shumard, principal at Shumard & Associates, LLC, and 2010 Luminary Leadership Award winner. “His expertise and articulation of the operational, technological, business and policy issues from his roles in both government and private industry has moved the needle and improved our overall security posture.”

Schmidt is an expert in the areas of computer security, cybercrime, critical infrastructure protection and business risks related to cyber security, and a trailblazer in creating public and private partnerships and information-sharing initiatives. He has received numerous awards and recognitions from government and private industry including the CSO Magazine "Compass Award", Baseline Magazine's "The 50 Most Influential People in Business IT" as well as the Federal 100 Award to name just a few.

“We are beyond thrilled for Howard to join our distinguished group of Luminary Leadership Award winners,” said Marci McCarthy, CEO & president of T.E.N. “His leadership has had a significant impact on the nation’s cyber security posture and his vision has helped to shape the industry as a whole. He is the epitome of an industry luminary and we are honored to celebrate his impressive achievements.”