FlagandBanner.com Owner Speaks Out about How ObamaCare is Helping Her Business

FlagandBanner.com Owner Discusses ObamaCare and Its Effect on Her Small Business and Employees 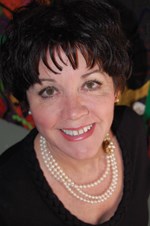 Kerry McCoy of Arkansas' FlagandBanner.com - A veteran entrepreneur, McCoy has been in business for nearly 4 decades.

For us, ObamaCare has provided a win-win solution for our small business in trying to do the right thing for our employees.

Health care reform and ObamaCare has been a political hot button topic since it was first introduced. There has been a lot of confusion and misinformation but small business owners such as Kerry McCoy at FlagandBanner.com have found that it is not as painful a process as she once thought it would be.

The official name for "ObamaCare" is the Patient Protection and Affordable Care Act (PPACA). It is also commonly referred to as Obama care, health care reform and the Affordable Care Act (ACA). It was signed into law on March 23, 2010 and upheld by the supreme court on June 28, 2012. It is now October 2013 and people are beginning to sign up for the program.

The goal of ObamaCare is to give Americans access to affordable, quality health insurance and to reduce the growth in health care spending in the U.S. It does not replace private insurance, Medicare or Medicaid.

Open Enrollment in all states is from Oct 1st, 2013 and closes March 31st, 2014. Here is a handy link to find your state's marketplace.

Both major political parties in America have argued the merits of ObamaCare since before 2010. Some said it would harm small business but a recent blog post by a veteran entrepreneur in Arkansas stated quite the opposite.

"It seems Arkansas Governor Mike Beebe, did his ObamaCare due-diligence; through his leadership, Arkansas is one of the states that opted for a combination of both Federal and State aid. What does this mean? Yesterday we found out."

"Outcome: most received better coverage for less, a few were mandated to their spouses insurance and one was grandfathered in and stayed on her existing policy for another year."

"For us, ObamaCare has provided a win-win solution for our small business in trying to do the right thing for our employees. Another befit we did not realize until our meeting, was there is no longer a distinction between the part-time and full-time healthcare rules as in the past. I see this new law as an aid to improving the hiring process and work force of America." - Kerry McCoy's blog Bannerisms, is a business blog about the struggles and advice from a female entrepreneur who has been in business since 1975.

Some political pundints say that ObamaCare is an unpopular program that hurts Americans however, a recent poll by Morning Consult; published in Forbes Magazine, shows only one-third of Americans support the repeal or defunding of ObamaCare.

McCoy's blog from a business owner's perspective shows how the new Affordable Care Act is actually going to affect American workers. As she mentioned in her blog some employees saw no change in coverage or it saved employees money.

On October 9, a story aired on CNN stating that many people could not sign up online for ObamaCare through the online marketplace portal. When asked about the online glitches and technical issues, McCoy stated that their insurance provider Robbi Davis Agency simply brought paper applications with them to help sign up employees free of charge.

FlagandBanner.com is based in Little Rock, Ark., and has been in business since 1975. They have been selling flags, military gifts, flagpoles, banners, pennants and home and garden décor online nationally since 1995.

For more information about the more than 22,000 products FlagandBanner.com offers, log on to FlagandBanner.com, become a fan on Facebook, or call one of their Flag Experts for answers to any and all questions about flags, banners, pennants and more at 1-800-445-0653.