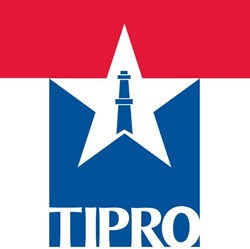 “The positive economic impact of our industry is unmatched – with Texas leading the country in oil and gas production, innovation and employment trends.”

The Texas Independent Producers & Royalty Owners Association (TIPRO) today released a new report providing a mid-year analysis of U.S. oil and natural gas employment data. According to TIPRO, the U.S. oil and gas industry now employs more than one million workers, further reinforcing the importance and significant economic contributions of the exploration and production (E&P) sector at the local, state and national levels.

In the first half of 2013, the U.S. oil and gas industry added a net 23,700 jobs, for a net growth rate of 2.4 percent, reports to TIPRO. Between June 2012 and June 2013, industry employment grew by 2.6 percent, which was faster than the overall U.S. private sector. Moreover, during the past 18-months, from January 2012 to June 2013, the industry grew by as much as 5.7 percent, a figure that also topped the overall U.S. private sector. The majority of the growth in 2013 was concentrated in oil and gas extraction, drilling and support activities. Over the 18-month period, nearly half the employment growth for the oil and gas industry was driven by supporting activity, which added 26,900 jobs compared to the 54,900 jobs added for the entire oil and gas industry. Altogether, the TIPRO report examines nine primary sectors comprising the U.S. oil and natural gas industry, revealing growth across all sectors for the first half of 2013, with the exception of the Oil & Gas Field Machinery and Equipment sector.

Innovation and advancements in hydraulic fracturing and horizontal drilling have made it possible to produce increased levels of oil and natural gas from shale plays that were once unreachable with conventional technologies. This in turn has allowed for a remarkable surge in the domestic production of oil and natural gas from shale formations in the U.S. During 2012, total U.S. crude-oil production reached its highest level in nearly 15 years, with daily production averaging nearly 6.5 million barrels, according to the U.S. Energy Information Administration (EIA). This growth continues to this day.

“The U.S. oil and gas industry continues to flourish, adding over 177,500 jobs since 2010,” said Ed Longanecker, president, TIPRO. “The positive economic impact of our industry is unmatched – with Texas leading the country in oil and gas production, innovation and employment trends. This is due in large part to our state’s favorable business and regulatory climate, which serves as a model for others to follow.”

In 2012, the Texas oil and gas industry employed 388,000 professionals, adding 43,000 net new jobs in the oil and gas industry last year, the highest in the country. While state specific data is not yet available for 2013, it is estimated that more than half of the domestic oil and gas employment growth experienced in the first half of 2013 occurred in Texas, similar to trends and data previously provided by TIPRO for 2012.

Despite the positive economic impact of the oil and gas industry, and the many advantages associated with increasing domestic development of oil and natural gas, a number of state and federal issues threaten to slow this progress. Federal agencies like the U.S. Environmental Protection Agency (EPA), the U.S. Fish and Wildlife Service (USFWS), and the U.S. Department of Interior (DOI), continue with attempts to implement onerous regulations and restrictions on industry activity that have no basis in science, threatening the livelihood of oil and gas producers, particularly independents who collectively drill up to 95 percent of the oil and natural gas wells in America. For Texas operators, issues related to transportation, water, endangered species conservation reform, and numerous regulatory issues remain top priorities.

“If these issues are not properly addressed, growth in the oil and gas industry could slow, which will directly impact all areas that rely on funding and support from our industry, including schools, Medicaid, children’s health insurance programs, children's protective services, roads, and police and fire departments,” added Longanecker. “We remain committed to working with all stakeholders to responsibly address the issues associated with this growth, while embracing the extraordinary opportunities and resources that exist in our state.”

All data from TIPRO’s latest report was compiled from the U.S. Bureau of Labor Statistics’ Current Employment Survey and is preliminary and not adjusted for seasonal variances.

This report can be downloaded for free from TIPRO’s website at http://www.tipro.org/newsroom/other-energy-reports.

The Texas Independent Producers & Royalty Owners Association (TIPRO) is a trade association representing the interests of over 2,500 independent oil and natural gas producers and royalty owners throughout Texas. As one of the nation’s largest statewide associations representing both independent producers and royalty owners, members include small family businesses, the largest, publicly-traded independent producers, and mineral owners, estates, and trusts. Members of TIPRO are responsible for producing more than 85 percent of the natural gas and 70 percent of the oil within Texas, and own mineral interests in millions of acres across the state.