Risperdal Lawsuits Being Investigated by Wright & Schulte LLC on Behalf of Boys and Young Men Who Developed Gynecomastia (Male Breast Growth), Allegedly Due to Risperdal 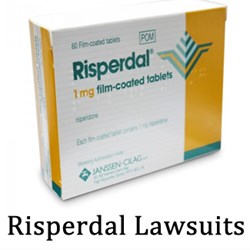 Victims of gynecomastia associated with the use of Risperdal may be eligible to file a Risperdal lawsuit. For a free legal consult contact Wright & Schulte at yourlegalhelp.com or call 800-399-0795

Victims of gynecomastia associated with the use of Risperdal may be eligible to file a Risperdal lawsuit. For a free legal consult contact Wright & Schulte LLC at yourlegalhelp.com or call 800-399-0795

Risperdal lawsuits are now being evaluated by Wright & Schulte LLC, an experienced personal injury law firm, on behalf of young men and boys who developed gynecomastia (male breast growth) allegedly due to Risperdal. According to court documents, at least 230 Risperdal lawsuits are now pending in a Mass Tort proceeding underway in Philadelphia Court of Common Pleas in Pennsylvania. All of the Risperdal lawsuits filed in the proceeding allege that Risperdal can increase hormone levels in boys and young men, leading to breast development. The complaints also accuse Johnson & Johnson of concealing the risk of male breast growth from patients and the medical community. (In Re: Risperdal Litigation, Case ID. 100300296)

According to the U.S. Food & Drug Administration (FDA), Risperdal is an antipsychotic medication used to treat schizophrenia and bipolar disorder. Introduced in 1993, Risperdal was not approved for pediatric use until 2006.
[fda.gov/safety/medwatch/safetyinformation/ucm262813.htm, FDA, September 2011]

In August 2012, The New York Times reported that Johnson & Johnson had reached a $181 million Risperdal settlement with state and federal prosecutors. Among other things, prosecutors had alleged the company promoted Risperdal for unapproved uses, including the treatment of children. Johnson & Johnson was also accused of concealing the association between Risperdal and gynecomastia, as well as other Risperdal side effects.
[nytimes.com/2012/08/31/business/johnson-johnson-unit-settles-state-cases-over-risperdal.html?_r=0, New York Times, August 31, 2012]

That same month, the Philadelphia Inquirer reported that Johnson & Johnson has settled several bellwether cases set for trial in the Risperdal litigation. The Risperdal settlements were reached after Johnson & Johnson lost its bid to prevent former FDA Commissioner David A. Kessler, M.D. from testifying as a witness for plaintiffs. According to the Inquirer, Kessler has also authored a report slated to be offered into evidence in which he asserted that the company had promoted Risperdal for non-approved uses in violation of the Federal Food, Drug, and Cosmetic Act.
[philly.com/philly/blogs/phillypharma/Ex-FDA-chief-David-Kessler-says-JJ-broke-the-law-in-promoting-Risperdal.html, Philadelphia Inquirer, October 4, 2012)]

Court documents indicate that Risperdal lawsuits continue to be filed in the Mass Tort proceeding in Philadelphia. Most recently, a man from Texas filed such a complaint that alleges his use of Risperdal caused gynecomastia, as well as weight gain, pre-diabetes, and emotional and psychological injuries. The lawsuit, which was filed on September 20th, charges Johnson & Johnson and its Janssen Pharmaceuticals unit with negligence, fraud, strict product liability, breach of implied and express warranties, conspiracy, and of violating Pennsylvania’s Unfair Trade Practices and Consumer Protection Law. (Case ID Number: 130902319)
Victims of gynecomastia (male breast growth) allegedly associated with the use of Risperdal may be eligible to file their own Risperdal lawsuit. To learn more, or to arrange for a free legal consultation with an attorney at Wright & Schulte LLC, please visit yourlegalhelp.com.

About Wright & Schulte LLC
Wright & Schulte LLC, an experienced personal injury firm, is dedicated to the belief that America’s legal system should work for the people. Every day, the attorneys of Wright & Schulte LLC stand up for the rights of people who have been injured or wronged and fight tirelessly to ensure that even the world’s most powerful corporations take responsibility for their actions. If you’re looking for a law firm that will guarantee the aggressive and personal representation you deserve, please do not hesitate to contact Wright & Schulte LLC today. Free Risperdal lawsuit case evaluations are available through yourlegalhelp.com or by calling 1-800-399-0795.