Need the right vitamin for your cardiovascular troubles? Chemist Direct recommends a complex B vitamin for higher risk patients. 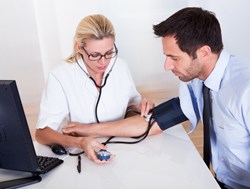 Now new evidence suggests that t Dr. Spence’s theory is indeed correct, and that taking vitamin B supplements may help reduce the risk of stroke

Vitamin B therapy was once widely used to lower homocysteine levels. Too much of this amino acid in the bloodstream was linked to increased risk of stroke and heart attack. But several randomized trials found lowering homocysteine levels with B vitamins did not result in a cardiovascular benefit. A study by Dr. Spence, a scientist with the Robarts Research Institute at Western's Schulich School of Medicine & Dentistry, found Vitamin B therapy actually increased cardiovascular risk in patients with diabetic nephropathy.

B vitamins are a group of water-soluble vitamins that play important roles in cell metabolism. The B vitamins were once thought to be a single vitamin, referred to simply as vitamin B, but later research showed that there are chemically distinct variations to this vitamin compound that often coexists in the same foods. 1 Individual B vitamin supplements are referred to by the specific name of each vitamin, with a total of eight variations found so far, they are as follows: B1, B2, B3, B5, B6, B7, B9, and B12 In general, any supplements containing all eight are referred to as a vitamin B complex.

Dr. Spence says this commentary provides insights that overturn the widespread belief that "homocysteine is dead." He says, according to a 2011 news release, 2 JAMA commentary contends vitamin therapy can still reduce stroke, that two key issues have been overlooked in the interpretation of the clinical trials: the key role of vitamin B12, and the newly recognized role of renal failure.

Now new evidence suggests that t Dr. Spence’s theory is indeed correct, and that taking vitamin B supplements may help reduce the risk of stroke. The research appears in the Neurology online issue on September 18, 2013. 3 For the research, scientists analyzed 14 randomized clinical trials with a total of 54,913 participants. All of the studies compared B vitamin use with a placebo or a very low-dose B vitamin. Participants were then followed for a minimum of six months.

There were 2,471 strokes throughout the studies, all of which showed some benefit of taking vitamin B. Vitamin B lowered the risk of stroke in the studies overall by seven percent. However, taking supplements did not appear to affect the severity of strokes or risk of death from stroke. Author Xu Yuming, with Zhengzhou University in Zhengzhou, China said "Previous studies have conflicting findings regarding the use of vitamin B supplements and stroke or heart attack, some studies have even suggested that the supplements may increase the risk of these events."

Folic acid, a supplemental form of folate (vitamin B9), which is often found in fortified cereals, appeared to reduce the effect of vitamin B. Researchers did not find a reduction in stroke risk for vitamin B12.
"Based on our results, the ability of vitamin B to reduce stroke risk may be influenced by a number of other factors such as the body's absorption rate, the amount of folic acid or vitamin B12 concentration in the blood, and whether a person has kidney disease or high blood pressure," said Yuming. "Before you begin taking any supplements, you should always talk to your doctor." 4