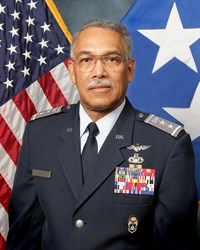 NCOs are the backbone of the military services. They will fulfill just as valuable a role throughout CAP.

Civil Air Patrol’s noncommissioned officer corps is poised to become a larger and far more significant and dynamic facet of the all-volunteer organization’s operations and missions.

Under a plan approved and signed by Air Force Manpower and Reserve Affairs Assistant Secretary Daniel Ginsberg, CAP’s NCO program is being restructured to align with the U.S. Air Force’s structure for NCOs.

“NCOs are the backbone of the military services,” Carr said. “They will fulfill just as valuable a role throughout CAP.”

Until now, only former active-duty NCOs were allowed to join CAP’s NCO corps, and then only at the ranks they held in the military. No upgrade training was available for promotion within the NCO ranks.

Under the restructured program, though, that will change. The newly approved corps structure will mirror the Air Force NCO force structure, with an established process to promote and develop NCOs.

In addition, NCOs will be eligible for any CAP position, including pilots, at all organizational levels – squadron, group, wing, region or national – except for those reserved for officers, such as unit commander.

For now, eligibility for the NCO corps is limited to those who now hold or have previously held the military grades of E-5 through E-9 – staff sergeant, technical sergeant, master sergeant, senior master sergeant and chief master sergeant – in the Air Force, Army, Navy, Marine Corps or Coast Guard.

Along with making the organization more appealing to past and present military NCOs, the restructured program is also designed to provide CAP commanders at all levels with greater access to the professional military skills, training and experience that the NCOs can readily provide. CAP members without military backgrounds are also expected to benefit from their NCO colleagues’ expertise in military organization, leadership and management.

In addition to Ginsberg, Carr credited the Air Force Air Staff for their involvement in developing the NCO plan:
•Office of the Secretary of the Air Force, Manpower and Reserve Affairs – Gordon Tanner, Sheila Earle, Bill Booth, Tom Shubert and Kathy Schmockel Simonton.

•Office of the Secretary of the Air Force, General Counsel – Bill Druschel

To learn more about Civil Air Patrol and its role as the Air Force auxiliary, visit the CAP Familiarization Course.