Mr. Mahendra Trivedi delivered a significant insight on "Possessiveness, Controlling, and Caring" and how these factors have an impact on the journey towards transformation, during the MEP (Monthly Enhancement Program) Call on October 25, 2013. 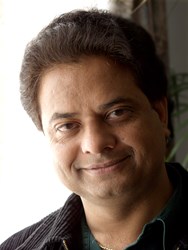 Mr. Mahendra Trivedi delivered a significant insight on "Possessiveness, Controlling, and Caring" and how these factors have an impact on the journey towards transformation, during the MEP (Monthly Enhancement Program) Call on October 25, 2013. Participants from across the world participated in this program and listened to the valuable words of Mr. Trivedi. They also shared their experiences about the Energy Transmissions.

Mr. Mahendra Trivedi started by explaining about the three very important dimensions of human emotion: 'Possessiveness', 'Controlling', and 'Caring' and stated it is very important to understand these characters as they seem very close in meaning yet are very different in nature.

Caring needs a lot of sacrifice and it is very much close to something that is unconditional. Caring is very rarely found between two adults in any kind of relationship, such as amongst couples, amongst spouses.

Pointing out the difference between controlling and caring, Mr. Trivedi explained that the former is dependent on exchange while the latter does not depend on any kind of exchange. The person who is possessive, always wants to get something in return, be it physical, mental, emotional, sexual, financial, or any other thing. But, the person who cares for some body does not want anything in exchange and is always unconditional in showing care; the way a biological mother cares for her child without any expectation of getting something in exchange of her care.

Mr. Trivedi put forth that around 99.99 percent relationships on this planet are conditional and are part of controlling. Caring has almost vanished in today's materialistic world and, has been replaced by possessiveness and controlling. This is the reason behind the relationship crisis in the world, especially in the western societies. Caring is often mistaken as controlling and is thus, resisted by people. Such mistrust and lack of understanding about care has become common and people have developed more understanding about exchange.

Man believes more on technology for happiness and lacks trust in the God of his understanding. As their understanding for the universal energy and the ability of the brain is so limited, the process of transformation is hindered and so, is the attainment of true happiness. People have been using technology for decades, but are still struggling.

Mr. Trivedi stated that those who believe on technology for happiness are not eligible to get the Grace of God. He outlined the cause of this lack of trust and resistance towards the wisdom of nature as emotional trauma.Transformation for people with emotional trauma may take months and years. It is thus very important to get rid of emotional trauma and connect to the inner guidance to harness the Universal intelligence and gain true happiness.

The energy transmission through Trivedi Effect® has the ability to connect human being to their inner guidance system and the Universal Intelligence. This natural phenomenon, when harnessed and transmitted through the thoughts of Mahendra Trivedi and his wife Dahryn Trivedi, can transform both the living and the non-living materials so they can function at their highest level and serve a greater purpose. As a person gets connected to the inner guidance, s/he is able to get rid of emotional trauma, gain peace, inner bliss, develop trust, be more loving and caring and thus,is able to attain happiness and also spread happiness.

Tens of thousands of people throughout the world have reported inner bliss, profound peace and true happiness with the help of this Energy Transmissions and gave testimony to the incredible impact of the Trivedi Effect® which are available with us on http://triveditestimonials.com/.