The new trends focusing on nutritional value and health benefits are sweeping the food industry; and these trends will only continue to grow in 2014. 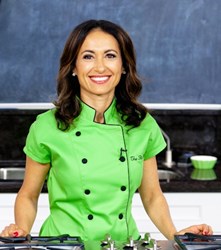 People don’t want to feel deprived, they want to thrive.

Even though 2014’s US economic forecast may be foggy, the outlook for the food industry will be sunny and thriving. Americans will continue to save money by cutting back on expenses, but they will continue to eat and enjoy good food. We all have to eat.

Sales of snacks made from nutritionally dense and functional ingredients are on the rise, such as seaweed snacks, dried legumes, seeds like flax, chia and hemp, coconut oil and exotic flavored hummus in convenience packs. Lu Ann Williams, head of research at the Netherlands-based Innova Market Insights shares, "Consumers are looking for ‘permissible indulgence’—that's the big buzzword.” Healthier alternatives to empty calorie snacks like chips, cookies, snack bars, and energy drinks are taking market share from the popular snacks of years past. Additionally, retailers are creating new retail displays for ‘healthy snacks.’ Kings Food Markets, a Northeast grocery chain says it has created "healthy snacks" displays within its produce section. “Customers are looking for 'healthy' in health departments versus it being lost in the snack aisle," says Paul Kneeland, vice president of the produce, floral, seafood and meat departments. “One of my favorite products this year that I see really taking off in 2014 is from Hope Hummus, with their travel packs of hummus in flavors like Thai Coconut Curry and Sweet Potato. It’s a flavor explosion with nutrient dense ingredients” added Mareya. “I’m also predicting in 2014 we’ll see a boom of functional drinks made with chia, hemp and flax going mainstream.”

According to Food Allergy Research & Education, 15 million Americans live with food allergies. Sales and consumer feedback shows that even those not diagnosed with food allergens are cutting back on foods containing allergens such as gluten, nuts and dairy simply because “they feel better” when they stopped eating allergen containing products. Audrey Darrow, President of Earth Source Organics, a leading producer of raw dark chocolate, says that their gluten free, vegan, organic, kosher, and raw product and manufacturing certification is very important to their growing customer base. Additionally, the Non-GMO status of their products is mandatory to continue their relationships with Whole Foods and other natural retailers. “Gluten-free, vegan alternatives will become pervasive in mainstream, even with chain restaurants and cafes like Starbucks,” added Mareya.

Samantha Cabaluna, Vice President of Communications & Marketing for Earthbound Farm, the nation’s leading supplier of organic produce, shares through research conducted by the Seurat Group for Earthbound Farm, that “more and more consumers [are] working high-nutrient foods into diets in creative ways.” Noting that “34% of packaged salad purchases are used for something other than salad, 27% as a raw ingredient in something else (like a sandwich or a wrap), 7% is baked into recipes (like soups), 4% is cooked on its own (steamed, sautéed), and 3% is used in juices and smoothies.” As consumers become increasingly aware of the negative effects of highly processed foods, more are trying and experiencing the benefits of nutrient dense foods. Ms. Rice adds that a 2013 Nielsen study showed that “tender leaf blends (spring mix, arugula, spinach, mache, and frisee) grew at 12%.” “I predict you’ll start seeing greens pop up in un-traditional ways, like breakfast. Pureeing them into egg whites or a savory crepe is simple and creates a nutritious, delicious dish,” commented Mareya.

A new year means new trends, and 2014’s new food trend is clean eating. Clean eating doesn't just mean washing your lettuce before you make your salad. Rather, the idea is to eat maximally nutritious foods in their most natural, whole state. As more evidence comes out about the dangers of processed food, clean eating tries to side-step the problem by going natural. While the Paleo Diet was the hot new this year it will still remain prominent in 2014 but with a ‘lighter’ twist. In 2014, you’ll see people following a ‘clean eating’ approach, choosing cleaner, leaner meats, plentiful, low starch vegetables, legumes and nuts, fruit and ‘smart carbs’ like farro, an ancient grain that breaks down slowly to sustain blood sugar. ‘Clean eating isn’t a diet, which is focused on calorie restriction. It’s more about enjoying food as close to as nature intended, so avoiding refined, processed foods and any artificial chemicals, flavors and preservatives,” commented Mareya Ibrahim, The Fit Foodie. “People don’t want to feel deprived, they want to thrive. This is a sustainable approach that is less ‘meat focused’ than Paleo for all of the non meat-eaters out there.”

In 2013, bacon was pushed into every food product possible but in 2014, meat-free alternatives will gain momentum. New Mintel research shows that one of three Americans is eating meat alternatives, even though only 7% of consumers say they are vegetarian. The Mintel research shows that the number one reason why consumers where buying meat alternatives such as tofu and tempeh was for health benefits. The popularity of the Meatless Monday campaign, started by Johns Hopkins Bloomberg School of Public Health, as well as other cultural factors, may have helped the popularity of vegetarian proteins. Karrie Hills, a chef for several restaurants in San Diego, California, including The Red Door Restaurant & Wine Bar, says that “over-processed and over-fed GMO ridden food are over-done.” Chef Hills believes that seafood will be a main focus on the entrees in 2014. According to Mareya, a hot new protein that will gain momentum is Shrimp Burgers. Todd Saylor, Senior Director of Culinary at Undine, a dining management company specializing in senior living, hospitals and corporate dining programs, thinks shrimp burgers will be “a great alternative for those looking for the texture of a beef burger with less fat and higher nutritional value.” The flavor pairs well with ketchup and/or traditional burger toppings, and has less saturated fat than its bovine comparable.

Stevia and other calorie-free, natural sweeteners will become more prevalent as people are watching their sugar intake. Monk fruit is the newcomer to the low calorie natural sweeteners game. With a low glycemic index, natural ingredients, and devoid of the criticism that other sugar alternatives have faced in recent years, monk fruit sweeteners are poised to make a sweet splash in 2014. Amy Marks-McGee, Founder of Trendincite LLC notes, “According to BCC Research, the size of the global non-sugar sweeteners market reached $9.3 billion in 2011 and is estimated to reach $9.9 billion by 2016.” Nectresse, a new all-natural sweetener, was launched in 2012 by the makers of Splenda. The FDA gave monk fruit sweeteners approval, so expect to see food producers trying monk fruit out in baking, drink, and finished goods products in 2014.

In 2013, it was all about kale but in 2014, the sprout will become the giant. This green, perfectly bite-sized vegetable of the moment has experienced sales growth of up to 30% annually over the past four years according Ippolito International LP (also known as Queen Victoria). Experimentation with Brussels sprouts in cooking shows, food service, and restaurants has helped drive its popularity according to Katie Herreld, saleswoman for Ippolito. Additionally, consumers are purchasing Brussels sprouts as a healthy addition to meals or mindful snacking. “Brussel sprouts are super versatile to use and have a relatively mild flavor, whether shredded into a salad, halved and roasted with balsamic vinegar or pureed into a soup,” added Mareya, “so their texture and taste can be transformed based on how you cook and season them.”

Quite possibly the most popular sprouted grain in 2013, the American west coast serves up quinoa in just about every form – salads, tortilla chips, and now setting a new trend for 2014 - desserts! Qookies (cookies made with quinoa) are energy-rich cookies that are high in fiber and pack a deliciously nutty flavor. Step aside Cronut, this Quookie delivers a mouth-watering and energy rich dessert! California based company, TruRoots, make many variations of Qookies, and are set to put these decadent delights on the map in 2014.

About Mareya Ibrahim, The Fit Foodie

Mareya Ibrahim is "The Fit Foodie" a nationally recognized expert on food safety and eating clean and an award-winning entrepreneur, chef, author and inventor. Her book "The Clean Eating Handbook" was released in May 2013 and is being touted as the 'go-to' guide for anyone looking to eat cleaner and get leaner. She was a featured chef on the Emmy-nominated cooking show Recipe Rehab and is the clean food expert for eHow.com, Livestrong.com and San Diego Channel 6 News. She is a contributor to the book “The Daniel Plan: 40 Days to a Healthier Life” by Rick Warren, Dr. Daniel Amen and Dr. Mark Hyman. Her column, "The Fit Foodie", appears in Edible Orange County Magazine. She is also the creator of the Cleaner Plate Club™ - the only clean, balanced nutrition meal prep program that follows her proven formula for fat and weight loss. She is the inventor and creator of EAT CLEANER® All Natural Food Wash and Wipes and eatcleaner.com, the premier lifestyle destination for fit food information. The eatcleaner.com site is managed by DNA Response, a multi-channel commerce company that helps product manufacturers and inventors market their products on multiple on-line channels.