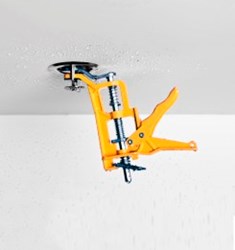 For the hotel owner, minimizing damage becomes more critical if you are on the hook for every $5,000 or $15,000 occurence.

In an effort to save on insurance premiums, an increasing number of commercial and hotel properties are hiking deductibles to save cash. While the property owners save dollars month to month, they are assuming more responsibility for every minor incident or repair. Therefore mitigating damage becomes critical.

Insurance and Commercial experts point out that in cases of water damage and sprinkler-related accidents, the resulting expenses could spiral out of control and hotel owners are best to prepare for these ‘minor’ cases ahead of time, or risk being on the hook for thousands of dollars in damages.

"Hotel owners know about the expensive clean up and potential lost revenue from rooms being out of service due to water damage,” said Russell Poste, Senior Advisor with Howard Noble insurance. “While these incidents are rare, the residual damage to the building and the insurance implications should not be overlooked or underestimated.”

Gregory Orndorff is with A-1 Flood Tech and has witnessed firsthand the harmful effects of water damage.

“When we get to a building and the flood is still occurring, the first thing we have to do is stop the source of water. If the building owner is assuming more responsibility in order to not put a claim on their insurance, then stopping the flow of water becomes crucial if it means you are on the hook for every $5,000, $15,000 or even a $35,000 occurrence.”

In unfortunate cases involving Mother Nature nothing will stop a river from coming into your hotel lobby, but in cases where the water source is a damaged pipe, or broken sprinkler head, that ‘flow’ is more manageable.

In cases of claims from sprinkler head activation, only a small percentage is the result of actual fires – the rest are accidental activations.

Hotel owners know all too well that accidental fire sprinkler activations come with the territory – whether it’s a rowdy guest hitting or damaging the sprinkler head or a bride using it as a garment hanger, the result is a torrent of dirty water flowing from a pipe at rates exceeding 25 gallons per minute.

This was the impetus behind the Shutgun, a Canadian company who engineered a tool to shut off water from fire sprinkler heads instantly.

“In many municipalities, the building manager is not allowed to shut off the building’s main water supply until the fire department has arrived, but they can shut off the activated sprinkler head,” said Greg Patterson, President of Shutgun, who engineered the product along with a retired Toronto District Fire Chief. “These minutes are crucial in terms of damage inflicted, which puts more onus on staff, maintenance and service people on the scene.”

Adds Barry McGrory, labour manager with Commodore Builders, “In my experience, the real damage from water is to the floors below. To a hotel owner, mere minutes can mean the difference between a single room being out of operation for a few days to multiple rooms on many floors being unavailable for weeks.”

Russell Poste, brings up another concern in situations where guests are displaced.

“The hotel’s insurance may be able to cover the damages and clean up, but that does not account for any displaced guests or their potential lost business as a result of the incident.”

Of course, a building’s first priority is safety, adds Patterson.

“The fire department is the first call in cases of fire or potential of fire – but if there is a solution which allows you to operate ‘business as usual’ faster … I think building managers would be wise to take it.”

Shutgun will be exhibiting at the International Hotel Motel and Restaurant Show this weekend from Nov. 9 - 12 at booth#1443.

More than 13,000 Shutguns have been purchased by major hotel chains, including Marriott, Choice, Ritz Carlton, Beach Properties as well as universities, hospitals and leading commercial property companies. Shutguns unique design allows the tool to be left in place with the sprinkler system charged, giving the building continued fire protection, and can release itself if a fire does occur.