Julian Omidi and Dr. Michael Omidi, the cofounders of Civic Duty are delighted to support the nonprofit Rainbow Pack. Three years ago, Riley Gantt who is now 13 years old, started the organization which provides underserved children in the Los Angeles area with school supplies. 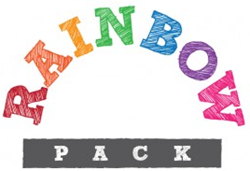 We are proud to support this terrific charity and hope that founder Riley Gantt inspires other kids to take an active interest in helping others and serving their communities.

Rainbow Pack, an organization that gives fully-stocked backpacks to school kids in poor communities, is now supported by Civic Duty and its cofounders Dr. Michael Omidi and his brother Julian Omidi (http://www.civicduty.org/julian-omidi.html). To date, Rainbow Pack has donated thousands of backpacks to underprivileged kindergarten through fifth grade kids in the Los Angeles Unified School District.

“We are not only impressed that Rainbow Pack has helped more than 3,300 elementary school students keep up with their assignments by giving them much needed supplies, but also by the fact that the operation was the brainchild of a socially conscious 10-year-old,” says Dr. Michael Omidi, Civic Duty cofounder. “We are proud to support this terrific charity and hope that founder Riley Gantt inspires other kids to take an active interest in helping others and serving their communities.”

In 2011, during a visit to a kindergarten class at Haddon Avenue Elementary, Riley Gantt was told by the students that they had trouble doing their assignments because they didn’t have pencils, crayons or paper at home. Troubled by their lack of access to what she considered essential scholastic tools, 10-year-old Riley started Rainbow Pack. Her initial goal was to provide 200 backpacks filled with notebooks, pencils, erasers, crayons, colored pencils, glue sticks and scissors to the kindergartners at Haddon Elementary. With the help of friends and community members, they were able to nearly double that goal, so that not only did the kindergartners receive back packs, but also first-graders. Additionally, Rainbow Pack was able to give the teachers art supplies.

The outreach of Rainbow Pack (http://www.rainbowpack.org) increases every school year. Last year, 1000 backpacks were donated to Haddon Elementary, so that every single student was given school supplies. This year, 2013, their efforts expanded to include Strathern Elementary School as well as Haddon, requiring a total of approximately 2000 backpacks. Next year, Rainbow Pack anticipates adding two more schools in Pacoima and North Hollywood for a total of 4000 backpacks.

Civic Duty (http://www.civicduty.org) is dedicated to mankind’s search for meaning and promotes the values of its founders, philanthropists Julian Omidi and his brother Dr. Michael Omidi (http://www.civicduty.org/newsroom.html). The charity’s mission is to inspire creative outreach, community service, and volunteerism through the stories of everyday people who are making an extraordinary difference in the world. Mahatma Gandhi once said, “Man becomes great exactly in the degree in which he works for the welfare of his fellow men.” To get involved and help make a difference, send us a message using the website’s Contact Us function. More information about Civic Duty can be found on Facebook, Pinterest, Google+, and Twitter.