Yoko Ono Affects Future John Lennon Clone with Sale of Love Me Do?

According to Dr. Michael Zuk, the project manager of the John Lennon Clone Project, Ono's recently announced sale of a portion of Lennon's music rights to a wealthy New Zealander could have a negative impact for heirs including a proposed John Lennon Clone. 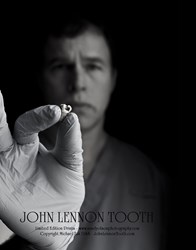 The John Lennon Clone would not be pleased with Yoko

The New Zealand Herald -reporter Jane Phare- has just reported the following story which has the cloning enthusiast very concerned:

Imagine - NZ tycoon's Lennon deal:
"Sir Douglas Myers has secured the rights to John Lennon's music and some early Beatles records.
The ailing former beer baron owns Downtown Music, a New York recording studio and music publishing company. This year it secured the US administration rights to all of Lennon's music after he left The Beatles, and to Yoko Ono's song catalogue.
As well, it has the rights to two 1962 Beatles singles, featuring four songs, including Please Please Me and Love Me Do."
Link to Article:http://www.nzherald.co.nz/nz/news/article.cfm?c_id=1&objectid=11150663

The news story which seems to have gone unnoticed by the worldwide press comes just after Paul McCartney's announcement that he has forgiven Yoko or at least no longer blames her for involvement in the breakup of the Beatles. Dr. Zuk wonders what McCartney would say about Yoko Ono's recent decision. "I don't know what Yoko was thinking when she decided to sell the rights to such important parts of the Lennon estate when it could have been kept in a trust or at least given to Julian Lennon in an act of good will. Since I am speaking on behalf of the JL Clone Project it seems to be an act of short term thinking that dilutes the Lennon brand. I don't think John Lennon would have been pleased at this decision and if it not too late I would hope she reconsiders this sale," says Zuk.

According to the article the deal not only includes the rights to several of John Lennon's early songs but also all the rights to his songs/albums after the dissolution of the Beatles.

Zuk released the following statement: "It's a sad day in history...I can only imagine what John Lennon would be saying right now about this. Of course I am stretching legal discussions a bit to ask for consideration of the rights of a future clone, but the well known lack of support for Lennon's first son and his half sisters after his death make this especially heinous. After buying the tooth and doing some research, it was this line in the sand between Yoko and the rights of other heirs that made me concerned. In my opinion this sale was a huge mistake."

While Zuk had been working with a US lab to sequence the DNA, he called off the project when the scientist became concerned about the associated publicity. Dr. Zuk wanted to document the whole project on camera and not simply let the historic event go unnoticed. The dentist was later surprised to find the DNA team had taken the tooth offshore to Asia without his consent and only recently discovered the whereabouts of the famous tooth. Zuk is in discussions with at least one television network to explore the DNA sequencing and the proposal for a 2040 John Lennon clone in spite of a letter of concern from a lawyer representing Yoko Ono.