After 33 months on death row for killing her infant son, Sabrina Butler was exonerated. 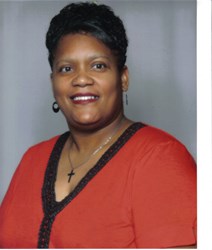 Sabrina Butler, who was wrongfully convicted for the capital murder of her infant son, will speak at Union College as part of the "Kentucky Exoneree Tour."

As the only woman in the United States to be exonerated from death row, Sabrina Butler has a compelling story to share.

Next week, the Union College community will hear from the only woman in the United States to be exonerated from death row.

On Wednesday, Nov. 20, Sabrina Butler, who was released from death row after a long and horrific battle, will be on campus as part of the “Kentucky Exoneree Tour,” sponsored by the Kentucky Coalition to Abolish the Death Penalty and the American Civil Liberties Union of Kentucky.

Butler will be speaking at noon in the Patridge Conference Room inside the Patridge Campus Center. This event is free and open to the public.

According to the national Death Penalty Information Center, a national non-profit organization providing information about capital punishment, Butler is the only female to have been exonerated from death row. Her story is “one any young parent can relate to,” said the Rev. David Miller, Union College minister, who scheduled the event.

On April 12, 1989, Butler found her nine-month-old son unresponsive and not breathing, according to a report by The National Registry of Exonerations. After trying to revive him through CPR, she took him to the hospital where he died, the report says.

The bruises on the infant's chest from Butler's attempts to revive him were incorrectly identified as a result of child abuse, according to the ACLU of Kentucky.

The following day, Butler was charged with capital murder. She was convicted and later sentenced to die by lethal injection, according to The National Registry of Exonerations report.

Butler's conviction was overturned by the Mississippi Supreme Court in 1992 (Butler v. State, 608 So.2d 314 (Miss. 1992)), and she was acquitted in 1995 after her retrial, according to the Death Penalty Information Center.

Butler had spent more than 33 months on death row, according to the Kentucky Coalition to Abolish the Death Penalty.

It was ultimately determined that Butler's son died from a kidney illness, according to the Kentucky ACLU.

She will be on campus to share her experience as a death row inmate and speak about her stance against the death penalty. A representative from the Kentucky Coalition to Abolish the Death Penalty will present a copy of her book, Exonerated: The Sabrina Butler Story, to a member of the audience as a door prize.