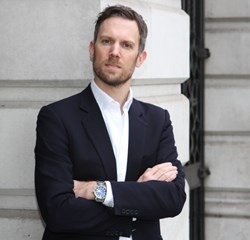 The next 12 months will be defining for PubMatic as we enter new markets in Europe and Asia and continue to invest in the teams that support our best-in-class service and values.

“Rob brought strong operational rigor to our rapidly growing international business and added a senior management layer that’s allowed us to scale to the opportunity. Under his leadership the team has driven more than 400% increase in revenue contribution in three quarters. This expanded role allows us to capture the advantages of a truly global revenue organization, spanning five continents and hundreds of premium publishers,” said Kirk McDonald, President of PubMatic. “As the industry continues to develop, it is critical to have a CRO that understands International markets and we are thrilled to have Rob expand his role in the senior leadership team.”

Rob Jonas, Global Chief Revenue Officer at PubMatic, comments on his appointment: “I am personally and professionally thrilled to take on this new challenge for the company. From being the first to-market with RTB for publishers, PubMatic has continued leading the way with innovative solutions year-after-year. Our software business is about solving real problems for publishers and media owners, allowing them to capture new revenue streams, compete at scale, manage data, transition to cross-platform solutions and much more. The next 12 months will be defining for PubMatic as we enter new markets in Europe and Asia and continue to invest in the teams that support our best-in-class service and values.”

PubMatic is the technology platform that powers the programmatic advertising strategy of leading publishers and premium brands. Our innovative solutions help content providers drive the highest value for their digital media assets and provide consumers with a more personalized advertising experience across display, mobile and video. PubMatic's One Platform, proprietary technology and advanced mobile capabilities are utilized by a global roster of comScore publishers. Pioneering online auctions for the buying and selling of media through Real-Time Bidding (RTB) and Private Marketplace (PMP), the company also works with over 400 advertising partners. Ranked by Deloitte in 2012 as the third fastest growing company in the US Internet sector, PubMatic has offices worldwide with headquarters in Redwood City, California.