Сhinese HNWI Wealth to Climb to USD 9.4 trillion by 2017, According to WealthInsight Report Published at MarketPublishers.com

In-demand research report “China 2013 Wealth Book” drawn up by WealthInsight has been recently published by Market Publishers Ltd. According to the study, the HNWI wealth in China is likely to grow by around 50% during 2012-2017 and climb to USD 9.4 trillion by 2017. 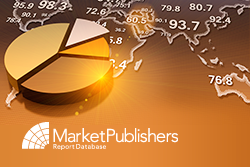 During 2008-2012, the number of high net worth individuals (HNWIs) in China registered almost 90% growth and in 2012 stood at above 1.4 million. Their combined wealth recorded 171% growth over the same period of time, and in 2012 it was evaluated at USD 5.2 trillion, which is equal to 27% of the total individual wealth held in China. In 2012, real estate formed the largest asset class for the country’s HNWIs, accounting for just over 29.6% of the entire HNWI asset in China. In 2012, HNWI liquid assets reached USD 1.1 trillion, capturing slightly over 22% of the wealth holdings of the country’s HNWIs. In the same year, Beijing was the major hub for HNWIs, accounting for 14.2% of the total HNWI population in China.

The report provides an extensive overview of the Chinese HNWIs population along with an insightful analysis of the country’s wealth management sector. The report presents vital details on the HNWIs performance during 2007-2012; unveils essential information on the asset allocations of HNWIs and UHNWIs in the country across 13 asset classes; and also examines the top-performing cities. The study contains an evaluation of the national wealth management industry and examines the major drivers of HNWI wealth; scrutinizes prevailing industry trends; outlines the main challenges and opportunities of the wealth management and private banking sector in China. The research discloses important information on the key market participants, and provides detailed forecasts for the Chinese wealth management sector up to 2017.

More insightful research reports by the publisher can be found at WealthInsight page.