Social Marketing Was Proven Most Effective Amongst AppsGeyser App Makers

AppsGeyser, the online Android app tool platform, has completed their research into the most effective form of marketing for upcoming Android app businesses. 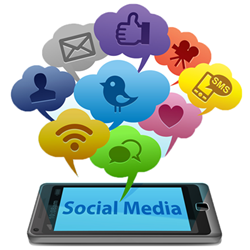 I have always used Facebook for networking with my friends and family and did not think that it could be used as a marketing tool for my business.

Social network marketing takes place in the form Facebook, Twitter and Google+, to name the most popular; there are other networking tools, including Instagram, Linkedin and Pinterest also on the market that add an extra push to marketing campaigns. AppsGeyser’s research has also indicated that social networking marketing is so powerful that misuse can often cause deep distress to a business. There is a full guide to the do’s and don’ts on the AppsGeyser Blog.

"I have always used Facebook for networking with my friends and family and did not think that it could be used as a marketing tool for my business until I read the research that AppsGeyser has carried out; not only does it not cost me anything,but I also really enjoy running my social media campaign myself," AppsGeyser app maker Darren Rose told us.

“We recently undertook a research project to help our app template users market their apps more effectively,” AppsGeyser Co-founder Vasily Salomatov, explained. “We expected that social media would rank highly but were surprised at how effective and popular this tool was.”