Recent study on gender roles reveals that many men are changing their attitude and opinions of relationships, childrearing, men and women’s place in the working world, and what it means to be a man in today’s world. The study was conducted by Queendom.com and PsychTests.com using their Gender Roles Test. 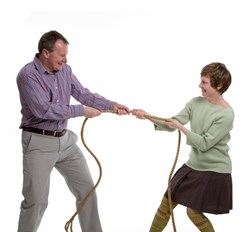 89% of traditional men believe that most of the important decision-makers in a company should be male, compared to 1% of progressive-minded men.

Although the idea of a male nanny or stay-at-home dad is still not widely-accepted, traditional and progressive-minded men differ greatly in other areas, particularly their views of women, and of a man’s role in relationships, in the home, and in the raising of the children. While there are some ways of life that die hard, a study by Queendom.com indicates that progressive-minded men are much more open-minded, which can have a positive impact on how young boys view themselves and their role in the world.

Being cared for by a male nurse or managed by a female CEO may still raise some eyebrows, but for a lot of men, it’s part of an ever-changing world. Researchers at Queendom.com asked a group of 310 men who took the Gender Roles Test about “appropriate” jobs for men and women, a man and a woman’s role in relationships, and how boys and girls should be raised. Their study reveals major differences between progressive-minded and traditional men with few exceptions.

Careers: Who is better suited?
Here are the percentages of traditional vs. progressive-minded men who said that the following jobs are appropriate for both genders:

The role of men and women in the home

The role of men and women in relationships

The role of men and women in childrearing

The role of men and women at work

“With TV commercials, music videos, and other media sending the message that men need to be a certain way – in many cases, ultra-masculine – it’s hard to make things shift in a different direction,” points out Dr. Jerabek, president of the company. “A lot of men are not used to being nurturing, expressing their emotions, and letting someone else take charge. They grew up with the idea that their role is to make money, to support their family’s practical needs, and most importantly, to keep whatever they were feeling, with the exception of anger, inside. A ’real‘ man is not supposed to cry. Sadly, the impact of these views has been destructive - to the men who live by them, their wives, and their sons. The good news is, for more than half of our sample, these are views that are changing, and many of the men want to pass these lessons down to their sons in turn.”

Men who wish to take the Gender Roles Test can go to:
http://www.queendom.com/tests/take_test.php?idRegTest=2433.

A version for women is available here: http://www.queendom.com/tests/take_test.php?idRegTest=2434

Queendom.com study reveals major differences between progressive-minded and traditional men.While there are some ways of life that die hard, a study by Queendom.com indicates that progressive-minded men are much more open-minded, which can have a positive impact on how young boys view themselves and their role in the world.