Filmmaker, Explorer and International Activist for Water Conservation Alexandra Cousteau, will Visit the Areas Contaminated by Chevron in the Ecuadorian Rainforest

Alexandra Cousteau is joining international celebrities and activists to bring justice to the communities in the Ecuadorian Amazon rainforest affected by Chevron's oil pollution. 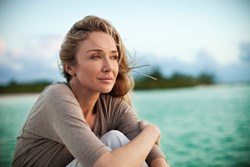 Alexandra Cousteau will visit this week the areas that were contaminated by Texaco, now Chevron, in the Ecuadorean Amazon, to convey to the world the situation that the affected communities lived through in the last few decades due to the company’s denial to correct the immense environmental damage.

Cousteau arrives in Ecuador invited by the National Secretariat of Communication of Ecuador as a part of the campaign launched by President Rafael Correa last September 17, to inform the world about the environmental disaster left by Chevron when it operated there between 1964 and 1990. During that time, Chevron used the wrong methods to manage the toxic waste as a result of oil drilling, deliberately spilling 18,000 gallons of toxic water and derivatives in unprotected pools, contaminating the soil, rivers and aquifers in the areas where it operated.

The environmental filmmaker will visit one of the sites where Chevron-Texaco operated to verify the contamination caused by these pools that had no protection in the Rainforest.

Alexandra Cousteau has achieved world recognition through her impeccable narrative, a tradition she took from her family (she is the granddaughter of well known activist, photographer and explorer Jacques Cousteau and is the daughter of film director Philippe Cousteau) and thus has the singular capacity to motivate her audience in relevant issues, like conservation rules and the politics of action. As a consultant for Oceania, Cousteau is dedicated to the promotion and defense of the preservation and sustainable management of water resources on behalf of the planet.

Cousteau’s participation in this solidarity crusade with the people affected and Ecuador, joins the recent visits by actor Danny Glover, oil expert Antonia Juhasz and the Mayor of Richmond, California, Gayle Mclaughin, who confirmed the environmental damage caused at the Aguarico 4 well, in the Province of Sucumbios, left by Chevron in 1986. Actress Cher also published a video to support the affected communities and promoted a boicot in the US against Chevron. Meanwhile, Human Rights activist Bianca Jagger wrote and article and accompanied a group of Ecuadoreans in a protest in New York against the judicial actions Chevron has taken against the affected and their lawyers, in a New York court.

In February 2011, a Court in Sucumbios ordered Chevron to pay $18.3 millions for environmental contamination and for affecting the health of the residents. Chevron has not paid saying, among other things, that the judicial order was obtained by fraud by the attorneys representing the people. Right before the ruling, Chevron sued the people and their attorneys and the trial started last October 15. The judge Lewis Kaplan has been accused by the defendants of siding with the oil company and of repeatedly acting against the Ecuadorean defendants in the partial rulings before the trial.
The case is Chevron Corp. v. Donziger et al., case number 2:11-cv-00691, in the U.S. District Court for the Southern District of New York.

(MCSquared is a boutique public relations firm based in Brooklyn, which provides a broad platform of services, including, but not limited to, media monitoring, editorial and news content, executes conferences and media planning. The firm organizes political and business-oriented events.)