Leading Edge Martial Arts has been voted the Best Martial Arts schools in the Lehigh Valley for the 5th year in a row. 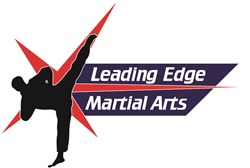 Give Yourself the Leading Edge!

They are known for their large, clean facilities, professional staff, and high quality of martial arts instruction.

Leading Edge Martial Arts' two progressional facilities are two of the largest martial arts schools in the Lehigh Valley. The original school opened in 2000 and is located in Allentown PA in a nearly 7,000 suare foot facility. The new second location opened in Nov. 2010 and is located in a state of the art 5,000 square foot facility. Both schools feature a non competition based mixed martial arts program for men, women, and children and a Cage Fitness program which is a 30 minute high intensity interval training program.