Peter: The Untold True Story offers readers fresh, new historical perspective on one of fiction's most beloved characters - Peter Pan. Set in 18th century England and Germany, the book tells the story of Peter the Wild Boy, a feral child who befriended the King of England and became one of the era's most popular figures, more than a 100 years before James Barrie wrote his tale. 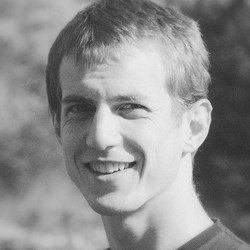 "To reveal who he really was would even at this date set the country in a blaze," James Barrie said, referring to Peter Pan's nemesis, Captain Hook. And regarding Peter Pan himself? In the introduction to his published work, Barrie mysteriously suggested that he could not recall creating Peter Pan, his most famous character.

A new book may finally resolve the mysteries Barrie teased at, bringing new light to the origins of the legend of Peter Pan. Author Christopher Mechling believes he has found the real Peter Pan and Captain Hook, as well as Wendy and the Lost Boys, hidden in the pages of history. Peter: The Untold True Story, a new historical novel released this year, tells the epic life story of Peter the Wild Boy, a feral child whose innocence and charm made him a legend in England more than a century before James Barrie immortalized him in fiction.

What separates Christopher Mechling's novel from other stories about Peter Pan is that it is not a retelling, a prequel, or an extension of James' Barrie's mythology- instead, it offers a dramatic look at the true events of a real historical figure whose life is closely mirrored in the Barrie's fairy tale. Peter the Wild Boy had a lively, innocent soul that won over nearly everyone he met, including the King of England, whom he befriended, and the Royal Family. Narrated by The Princess Caroline of Great Britain, the novel begins,

Bringing to life historical figures such as George I, George II, Caroline of Ansbach and the Royal Family, Jonathan Swift, Daniel Defoe, Lord Hervey and other, the epic tale spans more than seventy years, exploring the real personalities and events that may have provided inspiration for James Barrie's classic fairy tale.

Peter is an enchanting tale full of humor, love, and courage in the face of life's difficulties. It will make you laugh, cry, dream and remember what it means to be young. From now through December 16th, enter to win a free signed copy at Goodreads.com. Books are available for sale in hardcover through Barnes and Noble, Amazon, and at the author’s website. It is also available as an e-book through the Apple iBookstore and Amazon Kindle.