Litigation Over Rejuvenate® Hip Implants to Be Conducted in Michigan State Court, Not Minnesota Federal Court

Judge agrees with Sommers Schwartz that Stryker Corp. is a proper party to the lawsuit, not merely a passive investor in the company that manufactured the allegedly defective device 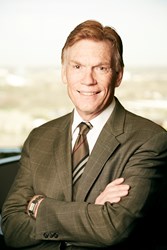 Because the Curnows and Stryker are both citizens of Michigan, state court is the proper jurisdiction for the case to be litigated.

Michigan plaintiffs claiming to have been injured by a defective hip implant device recently scored a victory when Judge Patrick J. Duggan of the U.S. District Court for the Eastern District of Michigan held that a Michigan state court is the proper venue to oversee their lawsuit. Although the ruling applied to one matter in particular, it will likely impact all subsequent cases filed in state court alleging defects in the Rejuvenate hip prosthesis against Kalamazoo-based Stryker Corporation and its wholly owned subsidiary, Howmedica Osteonics Corporation.

In July, Attorney Robert Sickels of Sommers Schwartz, P.C. filed a complaint in Macomb County Circuit Court (Case Number 2013-001999-NP) on behalf of Arthur Curnow and his wife, alleging that the replacement devices implanted in Mr. Curnow’s left and right hips – devices sold under “The Rejuvenate® System” product name – were defective and that Stryker and Howmedica should be held jointly liable for its negligent design. The lawsuit claims that metal surfaces in each device’s modular neck and stem rubbed against one another, causing metallic debris to shed and destroy the surrounding tissue. Persistent hip pain forced Mr. Curnow to undergo to replace both of the defective devices.

According to court documents, after the complaint was filed Stryker and Howmedica sought to have the case removed to the federal court system from the state system on the basis that Stryker was not a proper party to the action and that Howmedica was solely responsible for the design, manufacture and sale of the product. The Curnows objected, arguing to the federal judge that there were sufficient allegations and evidence of Stryker’s control of Howmedica to justify keeping Stryker in the case and returning it to the state court system.

“Although Stryker wanted to distance itself from any responsibility for the Rejuvenate device and the wrongful conduct of its Howmedica subsidiary, Judge Duggan said not so fast,” explained Robert Sickels, counsel for the Curnows. “Because the Curnows and Stryker are both citizens of Michigan, state court is the proper jurisdiction for the case to be litigated.” He expects many more cases involving the Rejuvenate device to be filed in Michigan state courts.

“I know of at least four orthopedic surgeons in Michigan who were regularly implanting Stryker’s Rejuvenate device before it was recalled in July of 2012. The failure rate of these devices is appallingly high and a significant percentage of the devices will have to be removed in order to avoid serious, long-term joint damage,” said Sickels.

Approved for sale in the U.S. in 2008, the Rejuvenate device was implanted in an estimated 20,000 patients before Stryker issued a recall in July 2012 that also included its ABG II product, another modular stem design. Typically, hip implants are expected to last 15 to 20 years, but scores of Rejuvenate patients have suffered failures within two to five years after implantation.

Sommers Schwartz, P.C., a law firm located in Southfield, Michigan, represents individuals in Michigan and across the country who have been harmed as a result of medical errors, defective products, loss of employment, and other forms of negligence or intentional injury, as well as businesses involved in complex litigation matters that jeopardize their existence. Additional information about Sommers Schwartz can be found on its website.