“A Gentleman’s Guide to Love and Murder” Moves to Broadway

The play, which received rave reviews at Hartford Stage last fall, debuted at the Walter Kerr Theatre on November 17 to critical acclaim. 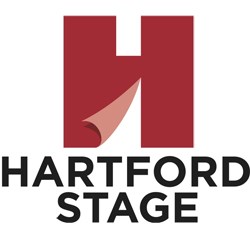 "A Gentleman's Guide to Love and Murder" is a Hartford Stage original production. Set in Edwardian England, the musical follows the story of Monty Navarro, who grew up in the working and middle class suburb of Clapham, but aspires to a higher standard of living. Monty learns after his mother’s death that he is a member of the noble D’Ysquith family and could become the next Earl of Highhurst. The only problem is that eight other family members are in line before him to inherit the title. Monty decides to remedy the situation by killing them all, one by one. He must also juggle his relationships with two women – his fiancée, who also happens to be his cousin, and his mistress.

The play, which is directed by Darko Tresnjak, features Bryce Pinkham in the role of Monty and Jefferson Mays portraying the roles of all eight doomed members of the D’Ysquith family. Mays also played the D’Ysquith family when the play was performed at Hartford Stage.

The book was written by Robert L. Freedman, and the music was written by Steven Lutvak, who described the play as “Downton Abbey with murder, but funny.” The pair collaborated on the witty lyrics. "Gentleman's Guide" is the first mainstage Hartford Stage musical since the world premiere of "The Gershwin's Fascinating Rhythm" in the 1996-1997 season.

After graduating, the two went their separate ways. Lutvak found success as a singer/songwriter in New York, performing his creations at venues including Carnegie Hall and the Algonquin. He also wrote the title theme for the film “Mad Hat Ballroom” and wrote several other hit musicals, including “Almost September,” which won eight Bay Area Critics’ Circle Awards and seven Dramalogue Awards, and “Esmeralda,” which was awarded a New American Works Grant from the National Endowment for the Arts.

The two eventually reconnected and collaborated on “A Gentleman’s Guide to Love and Murder.” The play was developed in part at the 2006 Sundance Institute Theater Lab at the Sundance Resort and had later support through an initiative with the Andrew W. Mellon Foundation. The play is based on the Roy Horniman novel Israel Rank: The Autobiography of a Criminal. The play debuted at Hartford Stage on October, 11, 2012 and was hailed as an immediate success for the local theater.

In addition, Lutvak and Freedman created Campaign of the Century, which was performed at the New York Musical Theatre Festival and the Chicago Humanities Festival. The play won the California Musical Theater Competition from the Beverly Hills Theater Guild.