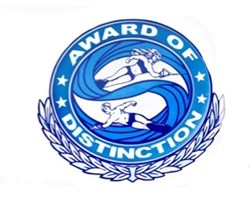 The American Water Ski Educational Foundation’s Hall of Fame Selection Committee is proud to announce the 2014 Award of Distinction recipients.

Goode, the founder and president of Goode Ski Technologies, has been passionate about the sport of waterskiing since age 5. Over the years his broad support of 3 event water skiing as a world class competitor, official, tournament host & organizer, sponsor and cutting edge industry innovator has made him a household name in the world of water skiing. Dave is recognized as a pioneer who has advanced the sport of waterskiing throughout the world with his revolutionary carbon fiber water ski equipment- of which he holds dozens of U.S. Patents. He is also a highly respected ski set up technician and shares his knowledge and experience with many top athletes and coaches. Dave currently sponsors several top ranked World Class pro water ski athletes, junior athletes and Masters athletes. Dave has been a sponsor at the US Nationals for over 20 years and has been the title sponsor of the GOODE Water Ski Championships for over a decade.

Botti is credited with advancing barefoot water skiing skills toward toe of the Australians in the 1970’s. He pioneered the upright stance for surface turns and is credited with being the first in the world to do wake turns, a 360 and a ½ wrap. He is credited as the first in the United States to do back one-foot wake slalom, back one-foot deep-water start, all four surface turns, and all four wake turns. Mike regularly demonstrated his skills before thousands of spectators in daily ski shows at Sea World and Cypress Gardens and was chosen to do barefoot exhibitions at major water ski events such as The Masters, The Austin Aqua Festival, The Cal Cup and the Liz Allen Superstars. During the first US National Barefoot Tournament held in 1978, Mike dominated Starts, Tricks and Wake Slalom and the first US Records for those three events. His innovative upright style laid the foundation for the next generation of American barefooters - who later dominated the world of international barefoot competition.

Churchill, an innovator in the sport of kneeboarding, bought Glide Slide in the wake of the 1973 oil crisis. He redesigned the Glide Slide to make it more stable and renamed the product Hydroslide in 1976. He is most commonly known for popularizing kneeboarding through advertising and promotions in the then newly release full color water ski publications of the late 1970’s and early 1980’s.

This award was created to recognize individuals who have made extraordinary contributions to our sport. They may include tournament skiers, innovators, industry leaders, officials, and others responsible for landmark achievements in the development of water skiing as well as those whose long periods of dedicated and generous service deserve recognition. For eligibility requirements and more information, visit the official Web site of the American Water Ski Educational Foundation at http://www.waterskihalloffame.com.