Vulnerability Intelligence and Penetration Testing Tablet is Faster, Lighter and Easier to Use than Ever 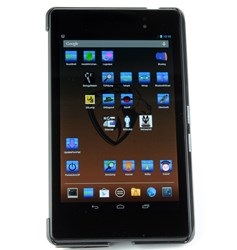 Pwnie Express today announced the release of the latest version of its lauded Pwn Pad, a tablet that provides IT professionals unprecedented mobility and ease of use in assessing wired and wireless networks.

The leader in vulnerability intelligence and penetration testing devices, the latest Pwn Pad, the Pwn Pad 2014, is faster, thinner, lighter, sharper and easier to use than ever. The ideal choice for pentester’s who are on the road or conducting a company or agency walk through, the new version of the Pwn Pad with its 7” tablet screen offers a streamlined ‘one-click’ software update process, making it to easy update.

“We are thrilled to announce the latest version of the Pwn Pad,” said Dave Porcello, Pwnie Express CTO and founder. “Using the popular Nexus 7 tablet from Google, the Pwn Pad 2014 offers a custom Android front-end with one-touch pentesting applications as well as a custom Kali Linux back-end with a comprehensive pentesting suite.”

Pwnie Express provides cost effective, rapid deployment products comprised of innovative sensors available in a variety of form factors that deliver previously unattainable intelligence that makes it incredibly easy to evaluate risk in remote and distributed environments. More than a 1000 enterprises across verticals including retail, finance, health, and manufacturing as well as service providers and government organizations rely on Pwnie Express to know who and what is accessing their networks.