Rabbit TV 2 Could Give the Competition a Serious Run For Their Money.

Since the release of Rabbit TV in February by FreeCast over 2 million people have subscribed. With rumors of the Rabbit TV 2.0 should competitors be worried? 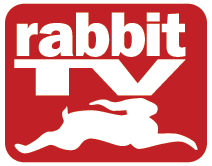 Rabbit TV 2.0 will allow customers access to Rabbit TV on their smartphones and tablets, mimicking the ease of other subscription based services.

Innovation is a beautiful thing for consumers in 2014. Most have weathered the recession but spending habits have permanently changed. One thing that has not changed for the American Consumer is the love of television. Research has shown that the average U.S. monthly cable bill in 2012 was $86. Recent figures have suggested that by 2015 that number will increase to $123 a month.

The world of television was changed upon the release of online subscription based streaming services. For a minimal monthly fee of $7.99 consumers have access to in demand Television streaming on any of their electronic devices. Just when you thought you were getting the deal of the century Rabbit TV entered the arena. Since the release of Rabbit TV in February by FreeCast over 2 million people have subscribed. For a an astonishingly low $10 a year Rabbit TV claims to offer the world's largest online index of TV shows, movies, and live events. Currently only available in a USB stick rumors of Rabbit TV 2.0 could give the competition a serious run for their money.

Rabbit TV "Plus" will allow customers to access Rabbit TV on their smartphones and tablets, mimicking the ease of other subscription based streaming services. Upon purchase they will also receive a complimentary cable allowing them to watch directly from their television sets. Most available TV network apps only provide short clips of programs, the ability to watch full length shows on your TV would set Rabbit TV 2.0 apart.

In less than a year, Rabbit TV has managed to acquire an impressive subscription base. Now that Rabbit TV will be providing multiple viewing platforms, they could become a serious competitor for major TV suppliers. For now they only provide an index of TV shows and movies that are already freely available on the web, but it’s easy to operate interface and the ability to purchase add on services such as movies and on demand programming could make it a bona fide contender. Although no official pricing has been released, it is safe to say that subscriptions will still be far less than cable and maybe even less expensive than any other comparable service in the market.

William Mobley, FreeCast CEO was quoted recently as claiming: “Last year, a survey determined the average person would pay $12 a month for online-only access of seven premium cable channels. We expect to accumulate an active audience of over 10 million subscribers in the next year – at $10+ monthly this quickly adds up to the same $100 million these providers make from over 50 million cable subscribers pulling $2 per month in licensing fees. It’s just a matter of time before the networks realize how much money they’re leaving on the table.”