Austell, Georgia man fights for the return of his two daughters in Camacho v Costa Rica 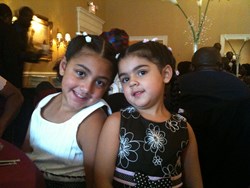 On November 18, 2013, Atlanta based international family law attorney, Michael Manely, submitted the case of Joseph Camacho, an Austell, Georgia man fighting for the return of two daughters, at the Inter-American Court of Human Rights, citing the country of Costa Rica as non-compliant in the Hague Convention (Camacho v Costa Rica, case #19422013).

In his appeal to the Inter-American Court of Human Rights (case #19422013), Mr. Manely submitted "while there are certainly times when the state must step in to protect the interests of the children against the parents, to do so in the manner of the Constitutional Court in Costa Rica has done…will only serve to facilitate future parents to abduct their children from the countries of habitual residence, abscond to Costa Rica … and deny the left behind parent any recourse to obtain justice under state law.”

Christopher Camacho and Lucrecia Ramirez Comacho married in Smyrna, Georgia on Oct. 11, 2000. They had two daughters, Isabella, 12, and Elena, 7, who were born and raised in the family’s home in Austell in Cobb County, Georgia, attending Imagine International Academy of Mableton and Vinings Creative Learning Center, respectively.

According to court documents, Camacho and his attorney claim that in June 2011 Lucrecia Ramirez Camacho traveled with the two children to visit her native country of Costa Rica. She left a note in the couple’s dresser informing him that she no longer wanted to be married. She then refused to return the children to their place of residence in Austell, Georgia.

Metro Atlanta attorney Michael Manely established The Manely Firm, P.C., in 1989 with the goal of providing highly effective legal advice and representation to individuals and families struggling with complicated family law matters. More than two decades later, this comprehensive practice has developed into a leading divorce and family law firm with multiple office locations throughout Georgia in Marietta, Atlanta, Lawrenceville, Canton and Savannah. Mr. Manely has received recognition recently for being the only attorney in more than a decade to have presented a family law case before the United States Supreme Court (Chafin v. Chafin) and to have won unanimously.

The filing sent to Inter American Court of Human Rights.This is a signed, verified copy of the document sent on Mr. Camacho's behalf.